Cooks open for business from May 1: PM tells NZ 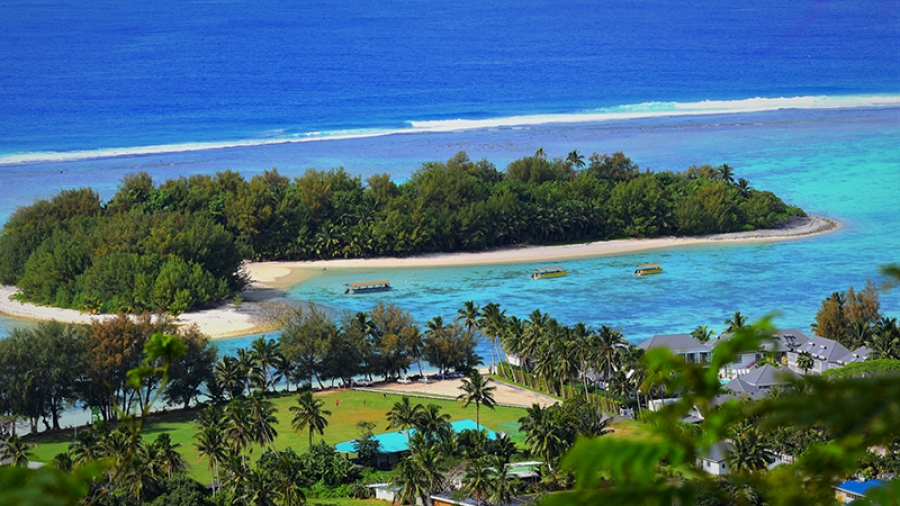 Muri lagoon is normally bustling with tourists snorkeling and sunbathing at this time of the year. A travel bubble between the Cook Islands and New Zealand will allow visitors back into the country. SIVA GOUNDAR/20080206

The month of May is the broad target Prime Minister Mark Brown and NZ counterpart Jacinda Ardern have agreed to set for welcoming Kiwi visitors, but the Cooks PM says the country will be ready to roll out the welcome mat precisely on the 1st of that month.

If Prime Minister Mark Brown has his way, it will be less than five weeks before the first few visitors from New Zealand will be able to visit the Cook Islands without the need to quarantine.

All he needs is for New Zealand PM Jacinda Ardern to give the green light to the plan.

PM Brown – currently on a whirlwind trip to NZ visiting top Kiwi government officials – agreed with Ardern on setting the month of May as the target for two-way quarantine-free travel after face-to-face talks last week.

And on Monday, he gave local tourism stakeholders what they’ve been asking for – a firm date.

“We’ve set a date that we believe our private sector deserves to know, the airlines need to know, and our people need to know,” Brown told Cook Islands News in a Zoom press conference yesterday. “So we are ready to commence business on the 1st of May, and that’s the date that we’ve provided to New Zealand.”

But Brown’s expedited plan will require buy-in from Ardern and her cabinet.

The Kiwi PM appeared on TVNZ’s 1 News yesterday and singled out contact tracing and “surge testing” – also known as mass testing capabilities for Covid-19 – as “really critical things that we want to ensure are in place”.

In recent weeks the Cook Islands has moved forward with key aspects of its Covid-19 health preparedness. Health authorities say a new polymerase chain reaction (PCR) lab that can be used for mass testing is expected to be in operation by mid-April.

And a new app utilising Bluetooth technology, similar to that used in New Zealand, will soon be available for download according to the Chamber of Commerce, which led efforts to develop the app.

When Ardern was pressed by the 1 News host on why the bubble has been met with several delays, her reply was “probably not the question for me, given I don’t run the Cook Islands health system”.

PM Brown acknowledged that NZ Government officials will be looking for further confirmation on developments with mass testing and contact tracing in the lead up to his May 1 target.

“They will be documenting what we have already put into practice over the last few months while we have had our two way quarantine travel occurring just for Cook Islanders and work permit holders.

Brown’s announcement was welcomed by the local tourism industry.

“We have been very impressed and grateful for the strong advocacy and leadership of Prime Minister Brown while in New Zealand and are confident that he wishes for a safe opening of a two-way bubble as much as we do.

“If early booking enquiries are any indication, the border opening cannot come any sooner.”