Vaka to get makeover and new name 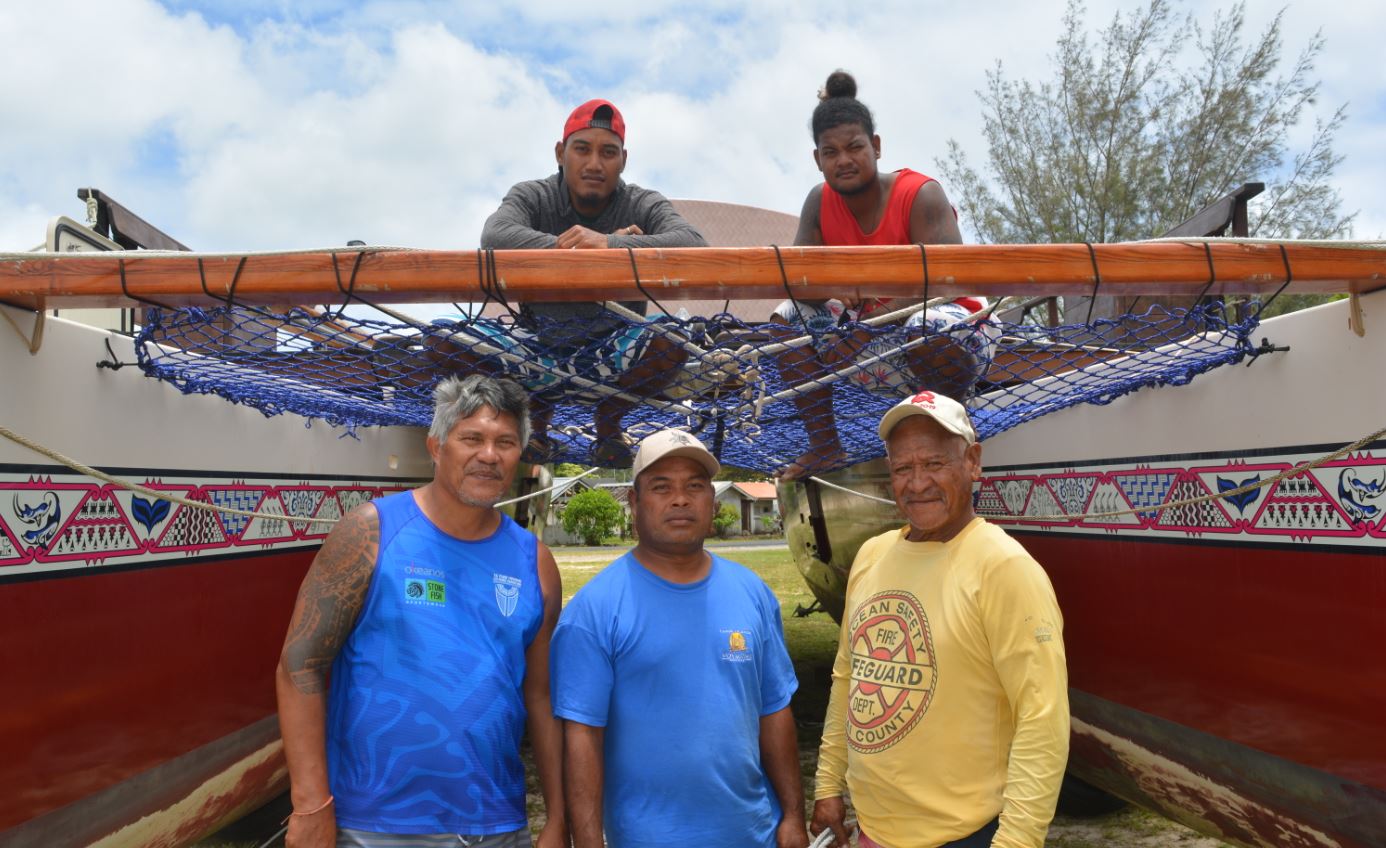 A vaka gifted to the Cook Islands is about to get a makeover and a new name.

Vaka Motu Okeanos Waa’Qab has been taken into dry dock on Rarotonga where she will get repainted over the coming months.

She was lifted out of the water yesterday and will be renamed Paikea.

Te Puna Marama Voyaging Foundation chairman Peia Patai said the new name can be traced to one of his Mauke ancestors.

The vaka is set to be back in the water in April.

Patai said the foundation is looking forward to using the vessel to assist in educating young people with canoeing.

“She will be concentrated in training our young people in traditional navigation and opening young people’s eyes to the world.”

The 50-foot, twin-hulled open-ocean sailing canoe has a design based on a traditional Polynesian model and is the third built by Auckland’s Lloyd Stevenson Boatbuilders.

It docked in Rarotonga last month.

Described as the “work boat of the Pacific”, the vaka weighs nine tonnes and can accommodate 11 people and three tonnes of cargo.

The Okeanos Foundation for the Sea gifted the vaka to the Cook Islands – the organisation has been developing and funding projects which inspire and initiate positive change for people and the environment.

As the canoe arrived on October 16, Patai expressed his appreciation to Dieter Paulmann and Okeanos Foundation for Sea, for the vaka.

Te Puna Marama has a long-term goal to open pathways for career opportunities, both modern and traditional, in the maritime sector for young people.