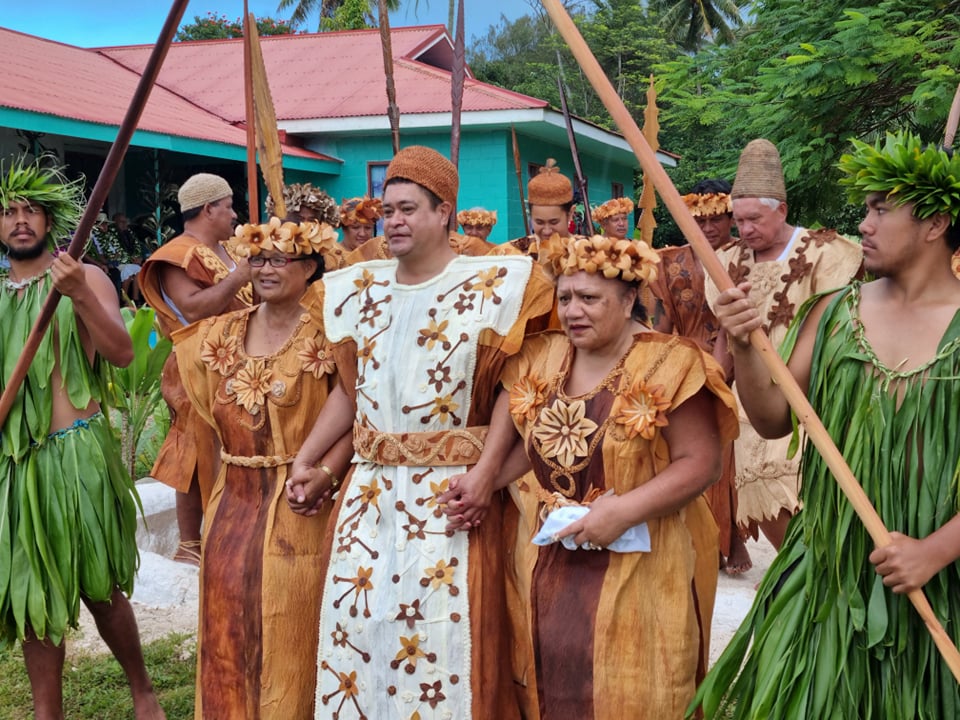 The peaceful investiture of Rongomatane Nicholas Ariki was held on the island of Atiu yesterday morning.

Extra celebrations were also noted throughout the day that included his 43rd birthday, and the day Rongomatane Ariki accepted Christianity to the island of Atiu in 1823. July 19 is also the date his late mother Rongomatane Ada Ariki was invested with the title in 1972.

The peaceful proceedings started with a morning church service followed by the investiture at Te Au Tapu marae, and a traditional feast.

Nicholls was named successor to the Rongomatane Ariki title in 2018, shortly after the burial of his mother – Rongomatane Ada Ariki (20 August 1948 – 9 January 2018).

He is the eldest child of Ada Rongomatane Ariki, who was also known as Ada Teaupurepure Tetupu Nicholls, and Ernest Nicholls of Aitutaki, and has a younger sister Maeu.