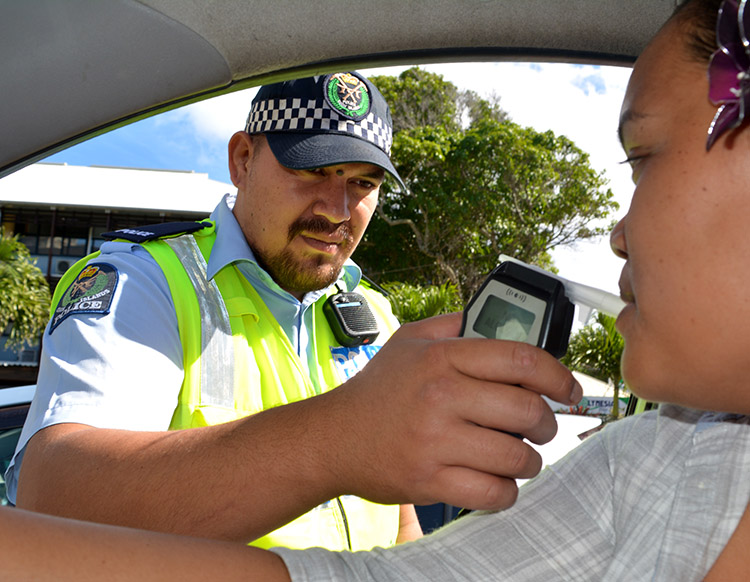 Police are cracking down hard on drink driving. FILE/21011013

A drunk driver on a motorbike tried to evade police early yesterday morning but was caught and arrested.

Police spokesperson Trevor Pitt said the man was breathalysed at more than three times the limit for alcohol, processed, and taken to Arorangi Prison.

Police also took the keys off three other drivers to remove their risk on the road.

“The weekend has been otherwise relatively quiet thus far.  Domestic disputes and neighbour complaints are among the minor incidents,” Pitt said.

“On the road, drivers are being fined for no warrants and no helmets. A few are recklessly speeding, putting themselves and others at risk. Unnecessary risks can turn to tragedy in the blink of an eye.  Don’t do it.  Drive safe and keep everyone safe.”

Last week police warned motorists to take extra caution while driving after two people on a motorbike took a spill in Matavera. They hit a dog that was crossing the road. The pair was treated for minor injuries.

“It’s no fun taking a spill on your motorbike after you hit a wandering dog on the road, especially with bare knees and elbows. And while it’s no fun for the dog either it pays to be cautious and alert at all times while driving.

“Keep your speed down and quickly scan the roadsides ahead of you - is a safe habit to acquire.  Experienced drivers also learn where to be more watchful around Rarotonga, including village shops and takeaways where dogs like to hang loose.”