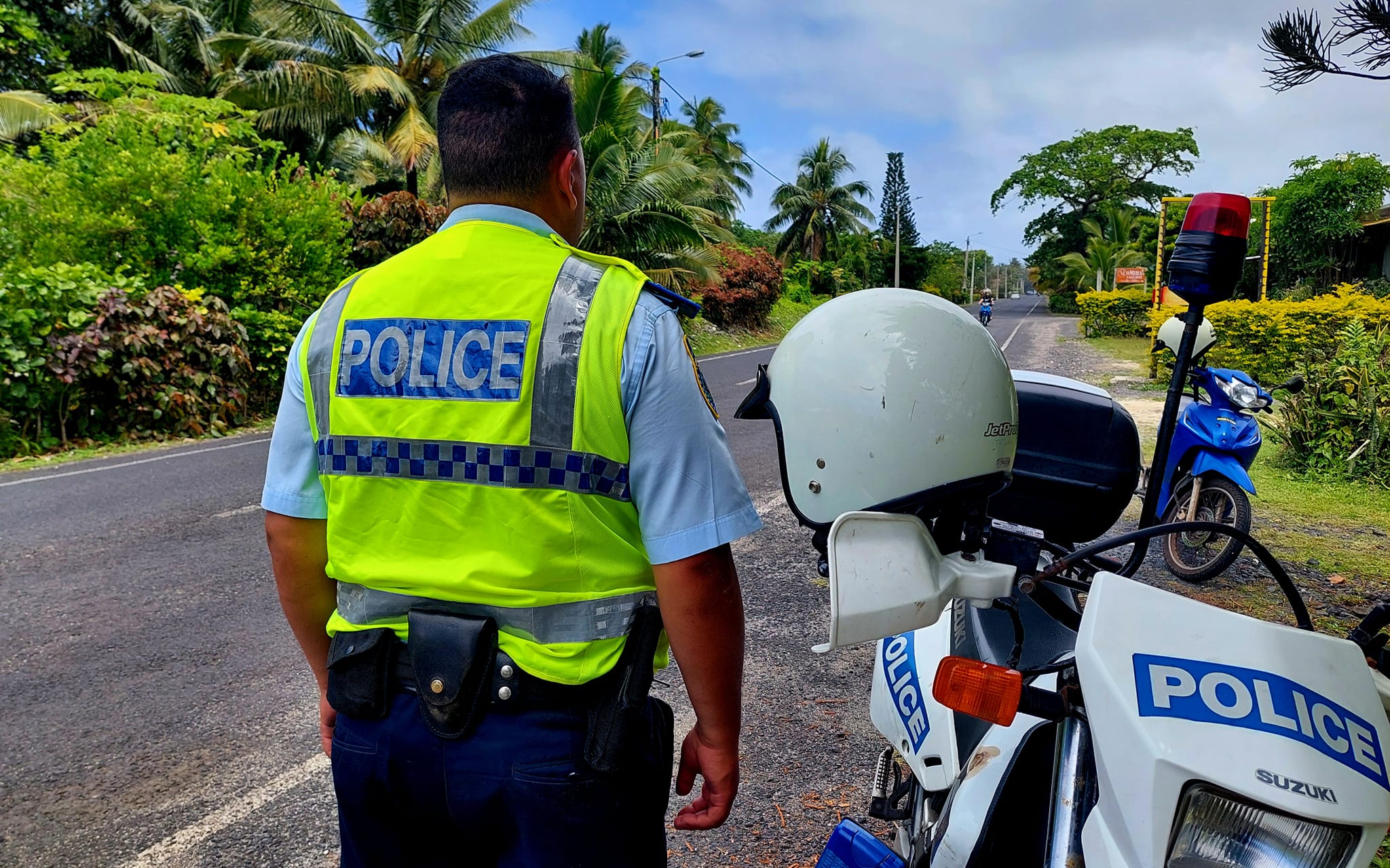 According to Cook Islands Police, there is not enough activity in the outer islands to justify helmet laws. POLICE MEDIA/22111413

Police have no immediate concerns and say there is not enough activity to justify helmet laws in the outer islands following a crash in Atiu over the weekend.

Calls for mandatory helmet laws in the outer islands came via social media following reports of the crash.

Three people from the island were admitted to Rarotonga Hospital after a “suspected” alcohol-related motorcycle crash on Saturday.

They were flown from Atiu on a chartered medevac flight on Saturday following the crash involving two motorbikes.

The crash occurred sometime after 1am and the incident was reported early Saturday morning by Atiu Police.

On Sunday, Cook Islands Police spokesperson Trevor Pitt said it was a suspected alcohol-related crash but did not have any updates on Monday.

The “head on crash” involved two females, both 20, on one motorbike and one male youth 15, on the other.

All three were referred to Rarotonga on a chartered medevac flight with head and facial injuries.

However, Pitt did say there is not enough activity in the outer islands to justify helmet laws.

“We don’t get that many reports of crashes, certainly not outside Aitutaki.”

Pitt estimated there had been one fatality on Mangaia and one on Atiu over the past 15 years.

He said it was too early to speculate whether any charges would be laid following the weekend incident.

“I don’t know what happened, they phoned it in.”

Pitt told Cook Islands News on the weekend that motor vehicle crashes are heading back upward to the 200 level annually after record lows for two years.

On Monday, he said there were no updated statistics on hand.

The two years of Covid brought this annual total down to just over 150.

However, Police data revealed that the motor vehicle crashes up to the end of September this year have already matched the annual totals for 2021 and 2020.

“Police recorded a downturn in road incidents during the Covid years but the increasing volume of traffic around Rarotonga since the return of tourist numbers is once again presenting familiar risks, associated with congestion,” the report said.

“In addition, many drivers just continue to ignore the basic road safety principles.”

In September, alcohol was a contributing factor in 42 per cent of the crashes.  The majority involved just poor driving. The crashes also resulted in 22 people sustaining minor injuries with another six people being admitted to hospital during that month.