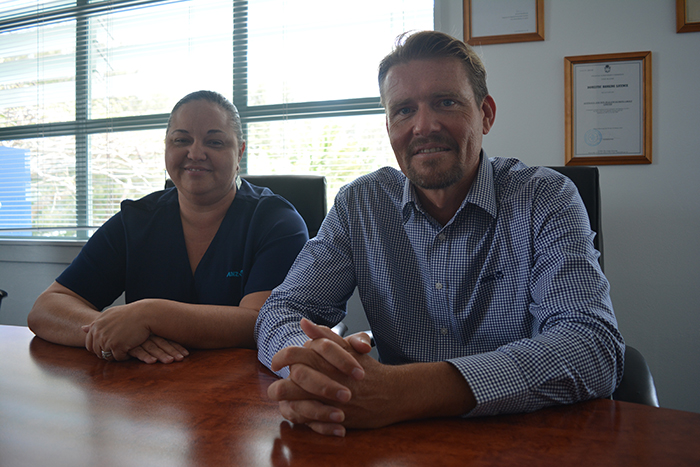 The national economy is recovering with a return of confidence in the market, new ANZ Bank country head Jason Murray says.

Jason Murray, along with his son Xavier, 16, landed on Rarotonga this week to look after the bank’s retail and commercial banking business in the Cook Islands.

Murray, who has just spent three years at the helm of the bank’s commercial operation in Kiribati, said there has been steady recovery here since March, with a positive outlook as the result of a bounce back in the economy.

The 47-year-old, who hails from Queensland, has a long career in the financial sector, specifically with the ANZ group.

He started straight out of high school as a teller in a bank, and moved around, basing himself mainly in Bundaberg.

He said the Kiribati operation was similar in size, staffing levels, and challenges, to the Cook Islands.

For the ANZ in Cook Islands, the challenges included digital connectivity and remoteness, specifically around Covid-19, Murray said.

“Over the Covid-19 period we have invested heavily in digital platforms and staff.

“We have set ourselves up to support customers on the road to recovery, and that is already happening. Supporting customers and supporting community.”

Murray is set to be posted in the Cook Islands for the next three years and plans to indulge in some fishing and surfing here while balancing his professional responsibilities.

He also loves football and rugby league, but at 47, admits he’s a little bit past getting out on the field for a match.

Murray takes over the role from New Zealander Bernadette Shaw who left the country in May this year to take up an appointment as ANZ Bank country head for Timor-Leste.

Shaw landed on Rarotonga in 2019 to take up the role of leading the Cook Islands ANZ Bank.

She helped lead the bank through a period of “unique challenges” during the Covid-19 pandemic.

ANZ Cook Islands relationship manager Bronwyn Clark then took over, acting in the country head role. Clark has been on the ANZ Cook Islands leadership team for over six years.