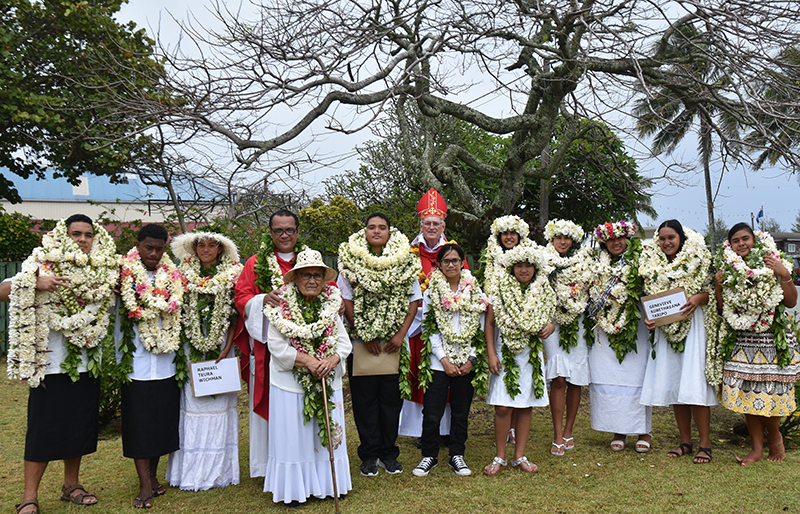 Bishop Paul Donoghue and Father Freddy Kaina and the students who were confirmed. 22102402

At the graceful age of 86, Marii Parekura Kaina Ripata affirmed her Christian belief and received Confirmation - a Sacrament in the Catholic Church, on Sunday.

Being a devout Catholic, she did not want to be deprived of any sacrament before she passes on, hence her receiving Confirmation at an advanced age, said Ripata’s son, Father Freddy Kaina.

Ripata took the name of Anne as her Confirmation name - after St Anne, the grandmother of Jesus and mother of Mary.

“It is an awareness of experiencing God's love in a special way through the sacrament of Confirmation,” said Ripata.

Twelve people including Kubethreana Taripo received their Confirmation at St Joseph’s Cathedral after 12 weeks of lessons, every Sunday for two hours.

Confirmation is when the one who is confirmed (confirmandi) receives the gifts of the Holy Spirit, and is considered a sacrament of initiation bringing someone deeper into communion with the Church.

A sponsor is also selected to help the students through the process, this person is a great example of what it means to be a Catholic.

Following are those who were Confirmed on Sunday.