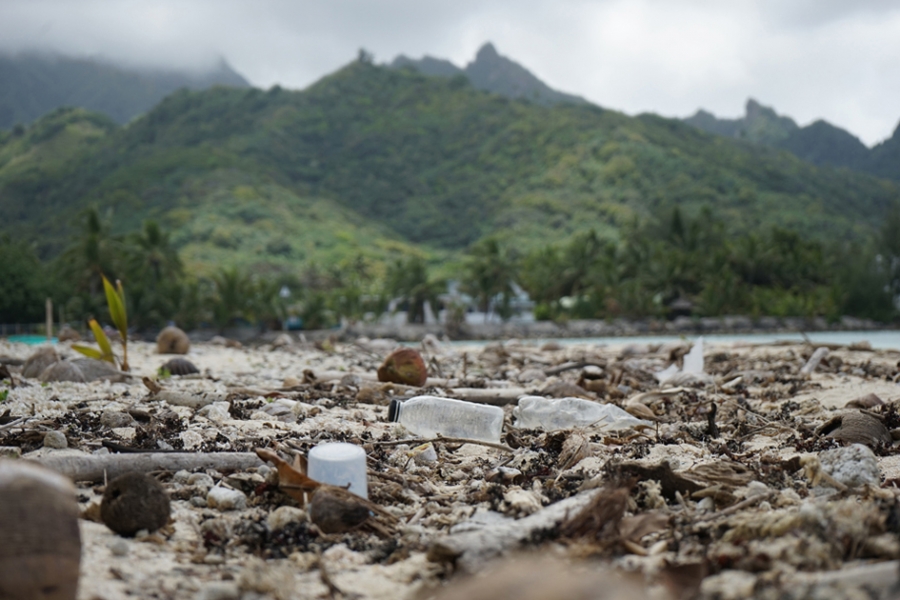 A tourist who has been coming to Rarotonga since 2000 says she doesn’t want the island to have a reputation of being dirty after her latest trip.

Karyn Bush was in Rarotonga for her 13th time this month with her sisters and nieces.

The family stayed in Muri and picked up glass, plastic wrappers and batteries on the beach.

Speaking to Cook Islands News, Bush said she had noticed “vast changes” since she had started visiting the island two decades ago.

“In that time it was quite a surprise to me to see that much detritus and kind of dangerous detritus,” she said.

“What we noticed straight away is there was lots of glass but freshly sharpened, not frosted, not smoothed off, the kind that you could easily cut yourself on.

“It’s not just tourists, I feel for the locals as well, you can’t seem to walk along the beach without something there.”

“This is a beautiful place to visit, so let’s leave it in better condition than when we arrived.”

Bush said she did not want Rarotonga to have reputation of being dirty, like some New Zealanders viewed Papeete.

“Raro is a little paradise at some point if it doesn’t change tourists will either come into Raro and fly out to Aitutaki or they will start to look for somewhere else.

“It’s always been that little paradise and I would hate to see it get to a point where people say it’s getting dirty now.”

Over the years Bush said she also noticed Muri Lagoon being less filled with marine life.

In response to Bush’s Facebook post, National Environment Service director, Halatoa Fua said: “Littering and rubbish on the beach is a significant problem in the Cook Islands – together with waste in general.”

“It is one of the least appealing aspects of the Cook Islands International Visitor Survey. We encourage visitors and locals to bring this to our attention,” Fua said.

“We’ll continue to strengthen legislation and policy on littering through the development of specific regulations on ‘instant fines’. These are plans in progress.”