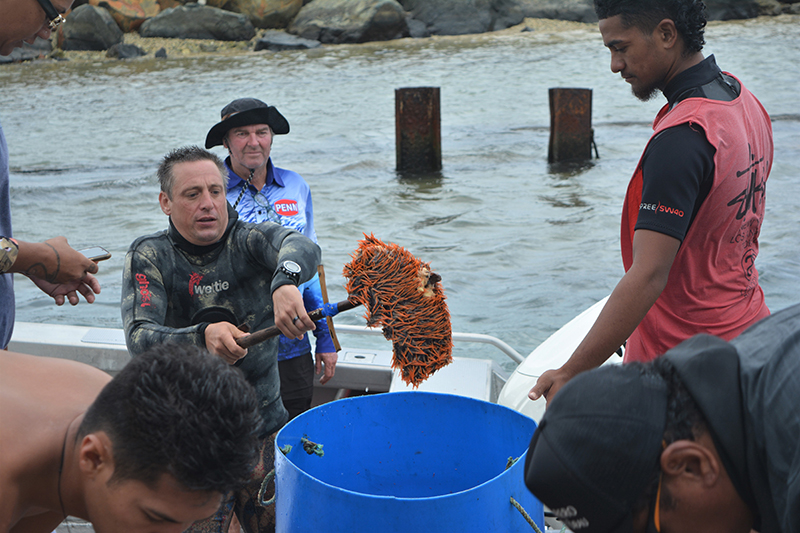 103 Taramea (crown-of-thorns starfish) were eradicated from Rarotonga’s reef on Thursday. 22110324

A combined effort saw 103 crown-of-thorns starfish eradicated in Rarotonga on Thursday as part of Operation Taramea.

Operation Taramea has been on-going since 2020 when the recent outbreak was discovered on Rarotonga in 2019.

The team have removed more than 5000 Taramea to date.

Taramea is an invasive starfish that kills coral reefs.

More of the story in Saturday’s edition.