A passion for firefighting 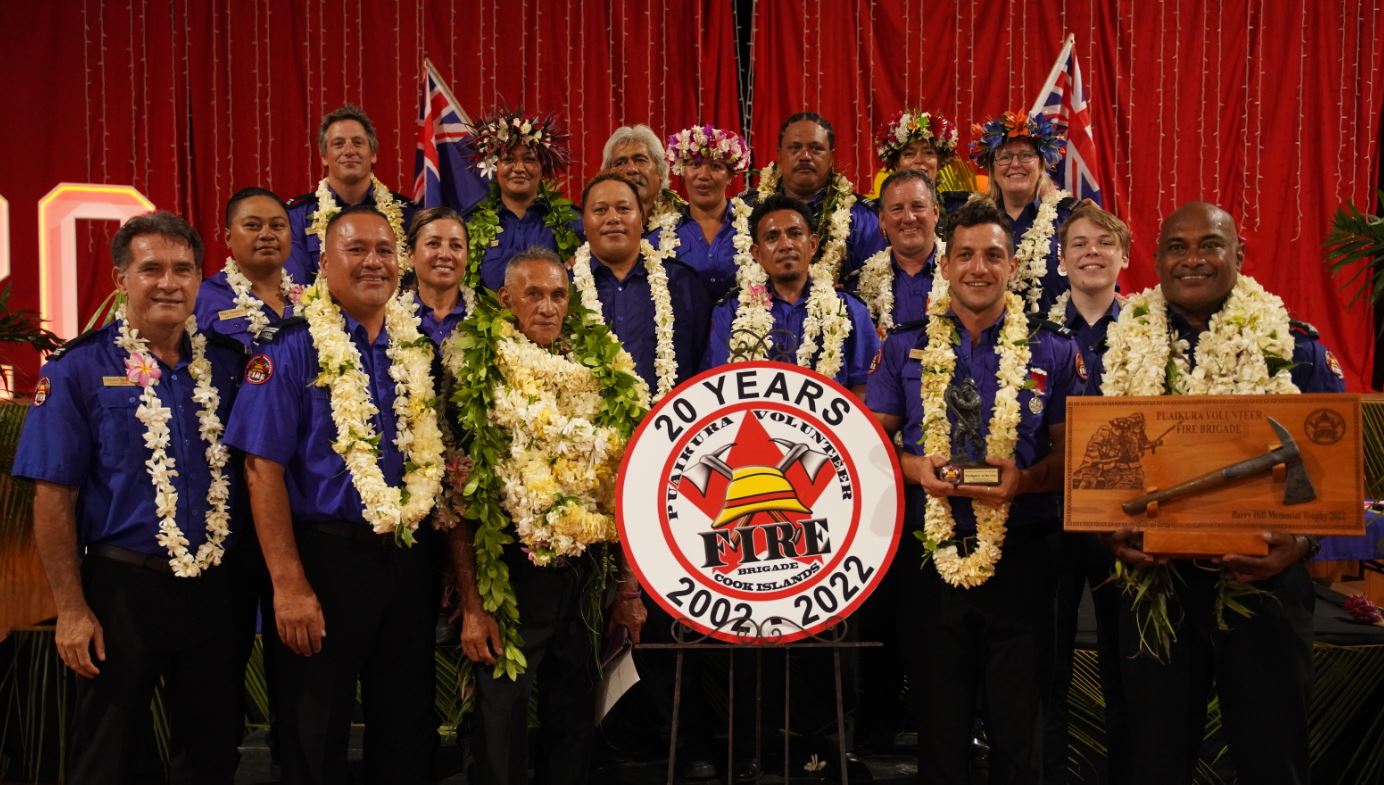 Puaikura Volunteer Fire Brigade celebrated 20-years last Saturday and gave out awards to its crew, journalist Caleb Fotheringham speaks to some of the volunteers.

At 19 years of age Jacopo Dozzo falsified his ID details because he thought it would give him a better shot at becoming a firefighter.

Dozzo, who was living in his home country Italy at the time, wanted to start a firefighting career but knew the recruiter had countless applications to sift through.

“It’s not that easy because basically you need to know someone to get in,” Dozzo says about the Italian firefighter application process.

“I thought if I do my application as an ID with a job description of stunt man surely that will stick out of the crowd.

“I really wanted to get in there and instead of working harder I said let’s work smarter.”

Dozzo had to settle for “actor” as an occupation after the immigration officer told him there was no category for “stunt man”.

The result: No firefighter job and unimpressed parents.

Fast forward to last Saturday and Dozzo was on stage at the Puaikura Volunteer Fire Brigade’s 20th anniversary taking home the Firefighter of the Year Award and a five-year service medal.

Dozzo’s firefighter journey started when his friend casually mentioned he needed to go to fire brigade training. Dozzo asked how to join and was told to “just turn up” and in March of 2017 he was in.

“As a foreigner in this country, it is one of the ways I can say thank you to the community.

“If this would pay as much as Turama (his current job) I would do a career firefighting but actually it is fun just doing it whenever we can.”

The most memorable fire for Dozzo happened right by his house. He was close enough to hear the crackling of the fire.

Dozzo was first on the scene and learnt how hopeless people feel before fire trucks arrive.

“You realise the people who have their house on fire how they feel, knowing that if there is no water that house is going to go.

“It was the one that I felt the most because I was there, I was in my gear, but there was nothing I could do.

“That was intense, you honestly cannot do anything.”

Asaeli Vunibaka was awarded the Barry Hill Memorial Trophy for the most valuable member.

Vunibaka joined 12 years ago and says Hill was instrumental in his growth in the brigade.

“This award is quite special, it’s more than an award for me,” he says.

“It’s worth more than money.

“To receive that award, it’s not just an award it’s part of my journey.”

Vunibaka says one of the most beautiful things about being a volunteer firefighter in the brigade was serving people.

“When you serve people, it brings that inner blessing or inner happiness that you’ve done something good in the community,” he says.

Vunibaka says in 2013-2014 there was a series of fires around Avarua and two schools burnt down.

It was one of the toughest things he had witnessed.

“I know the struggle the parents went through to put this kid in this classroom and it burnt down like that.”

Vunibaka, who hails from Fiji, says joining the fire brigade was a way he could give back to the community.

He says attending fire incidents is sad and he tries to comfort the owners.

Vunibaka says Hill took the brigade to where it is now but the leadership of Jason and Tarina polished it off.

“They turned everything into a modern standard.

“They have taken it to another level since Barry passed.”

Cook Islander Nia Remuera is one of the pioneer members of the brigade since it started in 2002.

“I’ve really enjoyed it from the beginning until now,” Remuera says.

Remuera joined the volunteer service after returning from New Zealand where he worked in the Air Force as a co-pilot.

He joined the brigade alongside long term fire chief Barry Hill who passed away in 2020.

“Some of the boys left, they went back to New Zealand and I just stayed on and helped Barry.”

Remuera says a memorable incident he attended to was a five house fire in Nikao.