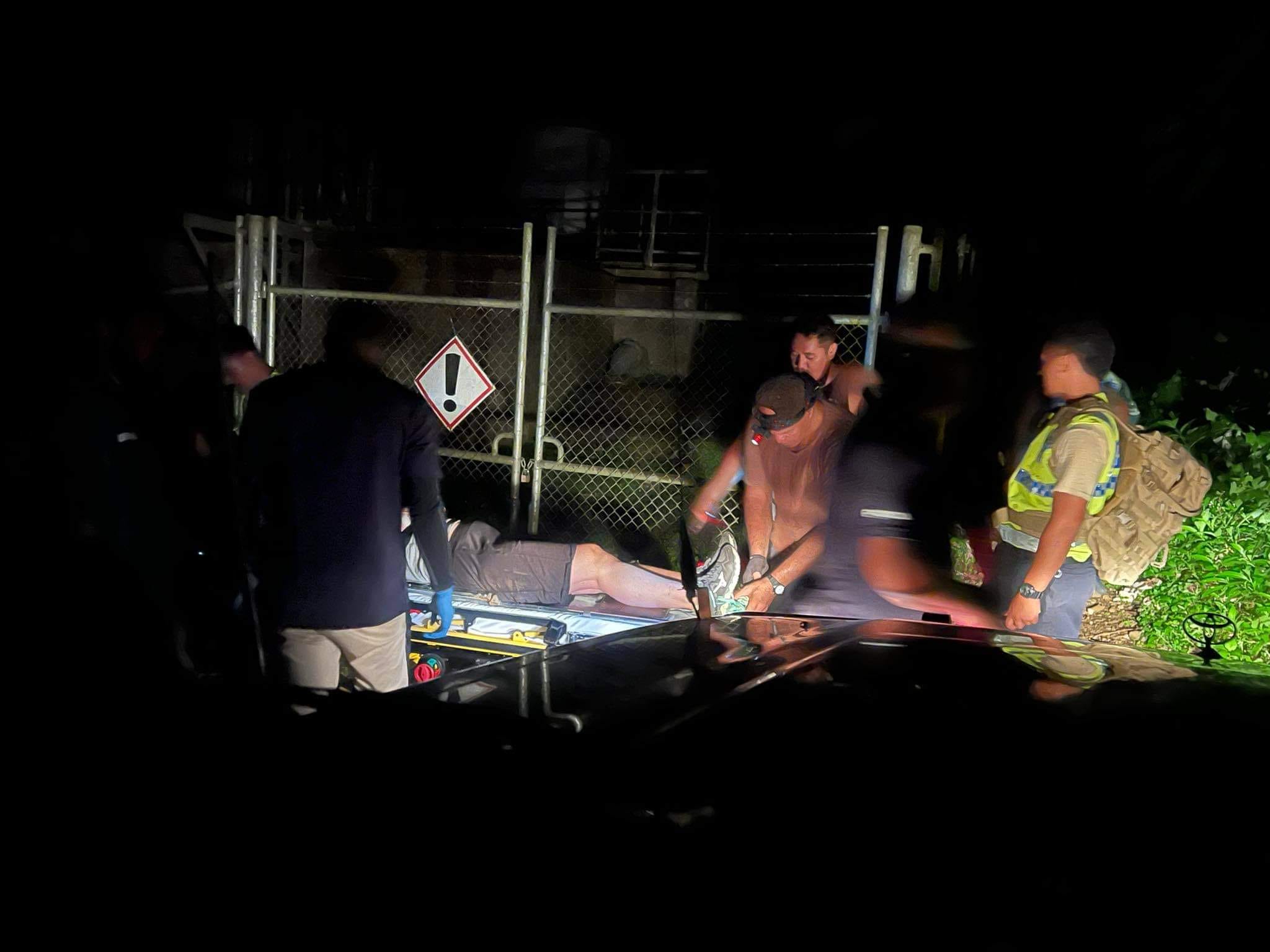 Authorities are again banging their heads against walls after more than a dozen search and rescue staff were tied up for close to 12 hours in the mountains above Rarotonga.

A 60-year-old visitor was finally taken off the mountain with shoulder and leg injuries at 12.45am on Thursday in a team effort which involved 14 search and rescue (SAR) staff.

Police still have unanswered questions as the woman, who was reported to be climbing with a group, was found alone at the top of the track.

“A bit of deja vu going on here, there is a degree of frustration on the part of the police,” police spokesman Trevor Pitt told Cook Islands News on Thursday.

“The trek cannot be underestimated and the continued search and rescue of visitors highlights the need for that awareness to be the broader responsibility of the community, and operators in the tourism sector.”

A mountain rescue alert came in from a Titikaveka resident just after 1pm on Wednesday, with a woman reported to be injured and incapable of walking on the cross-island trek.

“It’s not clear why the woman was alone at the top, she had been with others, so that question remains,” Pitt said.

A Police team of six was mobilised by 2.30pm and dispatched at the southern end of the island at Wigmore’s.

The woman was eventually located at the summit around 3.40pm and had sustained a shoulder and leg injury as a result of a fall.

She was immobilised, due to pain.

Police found the victim alone on the mountain, although she had been reported to be part of a group of trekkers.

While she was stretchered, a further four officers were mobilised to assist.

Due to the hazardous and difficult descent, another three officers were called to the scene about 7.30pm.

“The endurance of gruelling work by the team members during the night eventually returned the victim to an awaiting ambulance for hospital treatment by 12.45am.

“Police video of the slow and arduous recovery reveals a stark reminder of how risky the cross-island trek can be,” Pitt said.

The steep terrain and the ground conditions around root systems call for extreme care, particularly for older people, and those less agile, he said.

“Police leadership want to see greater preventative steps, and are again calling for more awareness and advice for those inclined to undertake the cross-island trek.

The last rescue in August involved a pair of tourists, who became disoriented on the mountain and were lost overnight.

Police were engaged in several hours of searching before the pair eventually walked down the next morning.

“Not enough is being done in terms of prevention. Don’t just rely on the Police to pick up the pieces,” Pitt said.

“This is a serious matter and a concerted effort is required here.

“The last thing we want is to wait for a tragedy before everyone realises they could have played a part in preventing it.”

Pitt has previously raised the option of penalties.

“It’s interesting to note that Te Marae Ora charges tourists a pick up fee by ambulance.

“I believe it’s $800; this is the type of penalty that comes to mind when several Police staff and many ‘man hours’ are spent on preventable mishaps.

“It’s extremely difficult terrain to carry a stretchered person, who is injured.

“Police themselves are at risk in this situation, so don’t think for a minute that it’s an easy walk.”