CHURCH TALK: Salvation and the Word of God 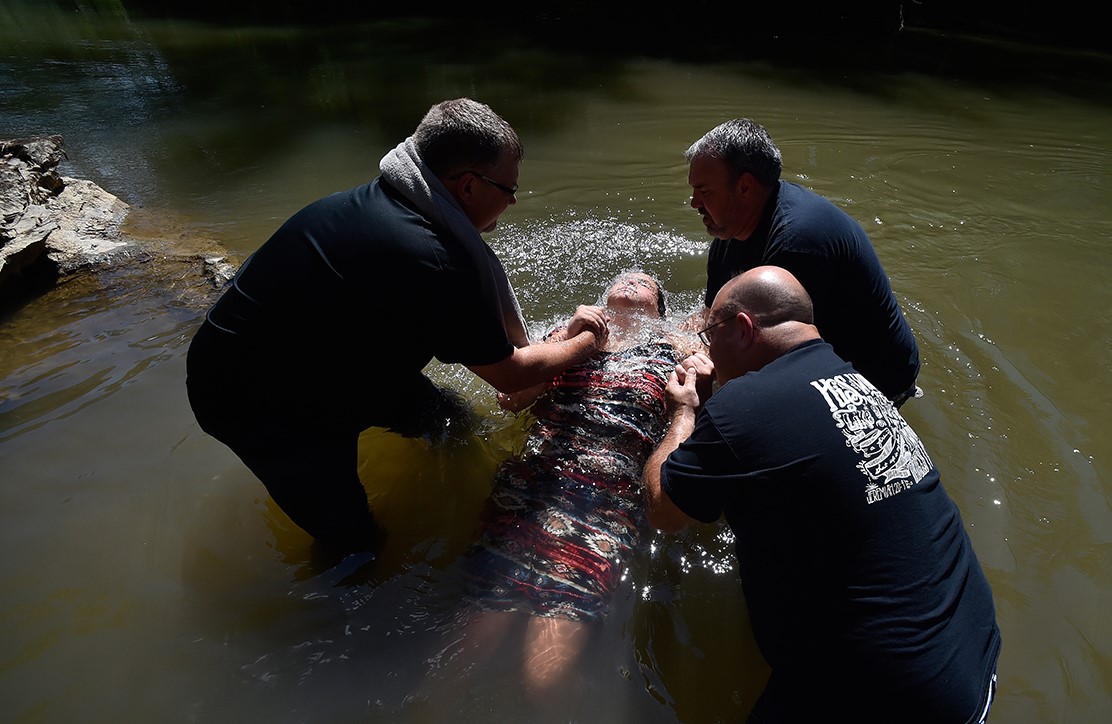 Resaca Church Of God Pastor Mitchell Gaston, left, with Clint Cooper and David Vowell baptize Ellie Langford, 12, in the Coosawattee river, Sunday, Sept. 25, 2016, near Calhoun, Ga. Ciara Langford, whose two daughters were baptized, said, "I felt immense joy and peace. … The peace comes from knowing my children are surrendering themselves to something larger than they are." (AP Photo/Mike Stewart)

No one has power to become a witness of Jesus Christ without having received the Gift of the Holy Ghost, writes Bishop Tutai Pere, BA, LTh, OBE, of the Apostolic Church.

“But ye shall receive power, after that the Holy Ghost is come upon you: and ye shall be witnesses unto Me both in Jerusalem, and in all Judaea, and in Samaria, and unto the uttermost part of the earth.” – Acts 1: 8

The Book of Acts records the activating power of the Holy Spirit of God in the life of the earliest believers and followers of the Lord Jesus Christ, how they spread the Gospel through the ever-expanding missionary activities under the anointing and unction of the Holy Spirit in them. We shall allow Holy Scripture to speak for itself in how it all began, observing very closely listed examples, considering what they did, and the results of their works.

In order to be a preacher and deliverer of the Gospel of Jesus Christ, one must fulfil three basic criteria of the calling, in that one must be:

One must qualify all of the above, no more and no less. (Romans 10: 14, 15). Top of the list is, they must be saved and have fulfilled all basic requirement in the original, one and only given and executed divine plan of salvation as recorded in Acts 2: 38 and 39.

The chosen main speaker and most senior of all the Apostle Simon Peter, in response to the yearning cries of the people of the house of Israel, “Men and brethren, what shall we do?”. The Apostle Peter immediately replied and said unto them, “Repent, and be baptised every one of you in the Name of Jesus Christ for the remission of sins, and ye shall receive the gift of the Holy Ghost”. The basic requirement here – a must to have or receive the gift of the Holy Ghost – is evidence of it, entitles or qualifies one in becoming a witness unto Jesus Christ. No one has power to become a witness of Jesus Christ without having received the Gift of the Holy Ghost.

Again, three basic steps of requirement prior to receiving the Gift of the Holy Ghost must begin at:

The list of examples with evidence of results are as follows:

Since Jesus said, “He that believeth and is baptised shall be saved, and he that believeth not shall be damned”, we, in general consensus and agreement, we are left to generally conclude that the people of all seven cases were indeed saved (repentance and confession are necessarily inferred in Jesus’ statement in Luke 24:47; Romans 10:1-10). Hence, belief, repentance, confession of Christ’s deity, and water baptism in the First Century Apostolic Era (AD.30-70) and Sub-Apostolic Era (AD. 70-180), the Book of Acts Early Church shows a consistency of obedience and practice in confirming theirs and our faith and salvation being a witness unto Jesus Christ which began in Jerusalem, and in all Judaea, and in Samaria and unto the uttermost part of the earth with absolutely no mention of any other formula or way. Acts 4:12 finally confirms, “Neither is there salvation in any other: for there is none other name under heaven given among men, whereby we must be saved”.