Six months on: Has helmet law made Raro roads safer? 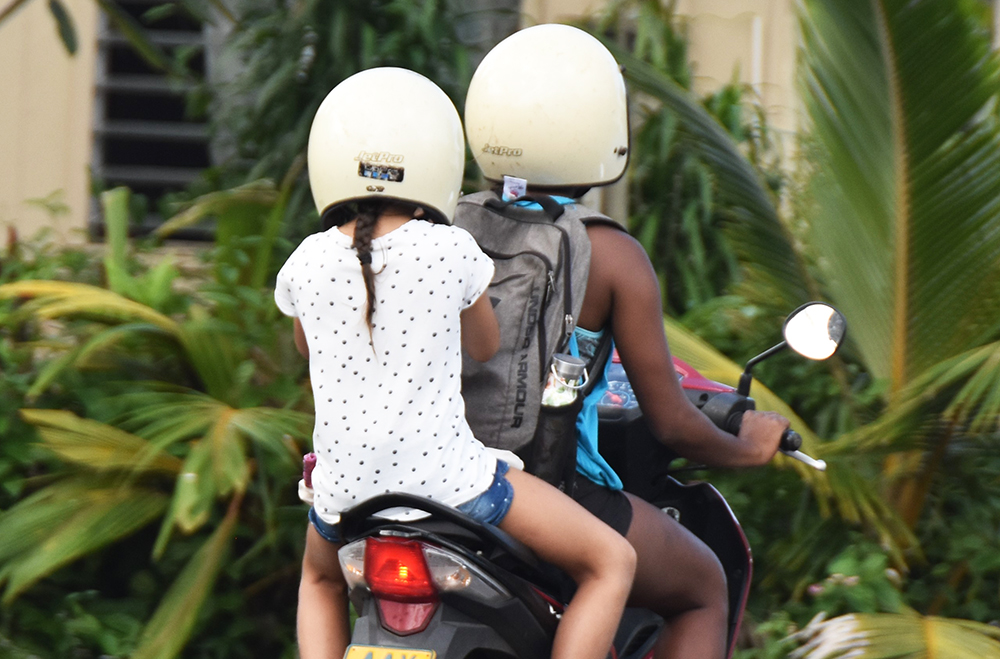 The mandatory helmet law came into force after multiple seatbacks on October 1, 2020. Six months on, has the controversial law made any difference? Caleb Fotheringham investigates.

The year 2020 saw five road deaths. All were drinking, all were under 50 and none were wearing helmets, says police spokesperson Trevor Pitt.

The statement sums up arguments for people both for and against the law. People for, would likely see this as evidence that helmets are needed for safety; who knows, maybe a helmet could have saved their lives. And people against, could argue that it is evidence young, drunk drivers are the problem and that older people shouldn’t have to pay the cost.

Pitt was unable to provide a specific number of crashes that Rarotonga had this year but says “there’s improvement and so far, so good with no serious crashes”.

He says behavioral problems are the constant issue that police have to deal with, like drunk drivers and speeding which are both contributing factors to fatalities.

On the Cook Islands Police Service Facebook page, Pitt posted in January saying: “The crash statistics started plummeting largely due to the impacts of the Covid-19 measures, last March.”

“The volume of traffic was reduced due to restrictions on mobility and the absence of visitors. However, alcohol continued its negative influence with fatalities occurring in May and September of 2020.

“This year will be the first full year of the mandatory helmet law, which is already having an impact on the reduction of risk to serious head injury.”

He thinks the benefit is everyone is now travelling at the same speed.

Prior to the law if you didn’t wear a helmet, the fastest you could go was 40km an hour, only people wearing a helmet could travel at 50.

“Everybody is going at 50km an hour and traffic is flowing.” Mataroa has found fewer “crazy drivers” are attempting to overtake motorcyclists going 40. “Nobody is taking any unnecessary risks.”

But he still says there are careless motorbike drivers, “we will always have the young reckless drivers … because of that we all have to wear the helmet.”

Another bonus to the law, Mataroa says, is fewer people are stealing helmets because everyone already has one, with the exception if you have a “fancy one.”

A lack of helmet supply has been an ongoing problem. To the extent low stock caused the proposed date of June 26 (for implementation of the law) to be pushed out to October 1, even after that time people struggled to find helmets.

Pickering Motors also had large helmets, which has provided the most frustration for people sourcing helmets. Motor Centre has helmets arriving on the next boat.

“The amendment was snuck in during the Covid-19 confusion. There was no public consultation. The bill did not go to a select committee. This is the type of parliamentary democracy that one gets in the Cook Islands,” says Moeka’a.

“I’m glad that I took the advice of one person who told me not to do a petition. It would have been thrown out and the supporters would have ended up wasting our time.”

Moeka’a is still hopeful that the law can be changed, “the Transport Act is a living document. It can be amended by parliament at any time… AAA N0-2-Helmets is keen on making this an election issue in 2022.”

Moeka’a says it’s hard to know the extent of what helmets have done due to the lack of statistics but he says it appears to him many people are driving over the 50kph speed limit since the change was made.

He also says it’s hard to know what impact the helmets have had because there are fewer cars on the road.

According to Moeka’a people are still frustrated by the law.

“Just last week I was talking to two individuals separately and they both asked if I had any anti-helmet protests planned in the coming weeks.”

But for now, helmet is mandatory for all motorcycle users including passengers and those failing to abide by this law can face an instant fine of $250.