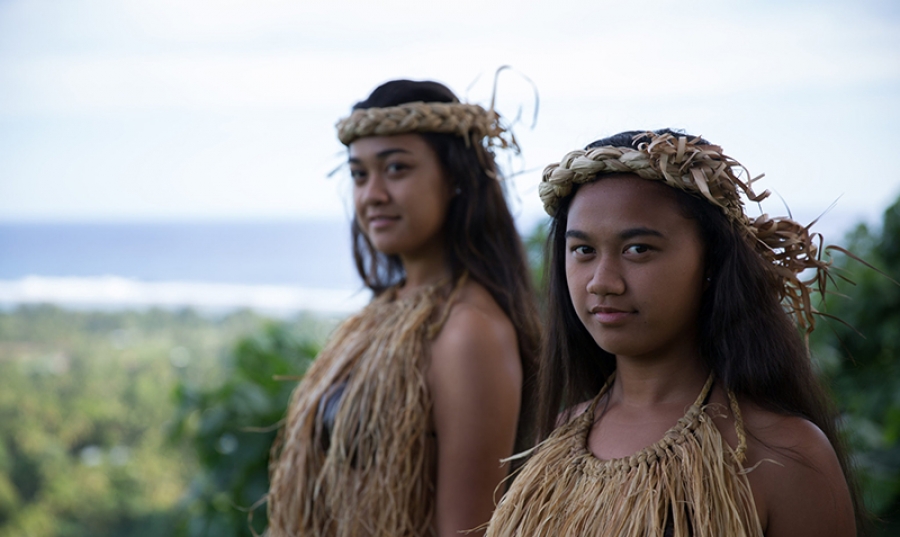 For the past 33 years, Highland Paradise has been restoring Maungaroa and sharing its significance with visitors from around the world. TE RAWHITIROA BOSCH 20082129

The Government is seeking UNESCO recognition for a 600-year-old village high above Rarotonga, lovingly restored by Highland Paradise family.

The ancient village of Maungaroa was inhabited by Tinomana Ariki and his tribe long before the arrival of Christianity.

After missionaries persuaded its people to leave their mountain eyrie and relocate to the coast, it sat for years mostly uninhabited – until in the 1980s, Raymond Pirangi Sr took on the challenge of clearing and restoring the site to its former dignity.

Now, 33 years later, his daughter Teuira (Tutu) Pirangi is managing director of Highland Paradise, the cultural village they built there – and she is delighted at government backing to get world heritage listing.

The Ministry of Culture announced yesterday that it was supporting the application, as an unparallelled example of a living marae. Everything is practiced on the marae, said Justina Nicholas, the National Museum/Runanga Pakau director.

Tutu Pirangi said Maungaroa was the only tribal site that had been preserved on a large scale. “And it is the tribal refuge of the Tinomana tribe that we belong to.”

UNESCO listing would be a fantastic opportunity to get world recognition for Cooks and Maungaroa. “This is important for future generations.”

The Cook Islands has created a site inventory of 181 registered cultural and historical places.

For instance, Takamoa Theological grounds are on the list – the site where the first rugby match was played in 1924 between the All Blacks and young men returned from the WWI.

Justina Nicholas said the inventory listed sites that needed further investigation to qualify for registration. The database would be accessible online.

She acknowledged that for some marae, there had been issues because of land tenure, and they hoped to amend the Cultural and Historic Places Act to recognise landmarks.

She expressed concerned at rapid development in which areas were being bulldozed without a thought to what historical sites may lie there.