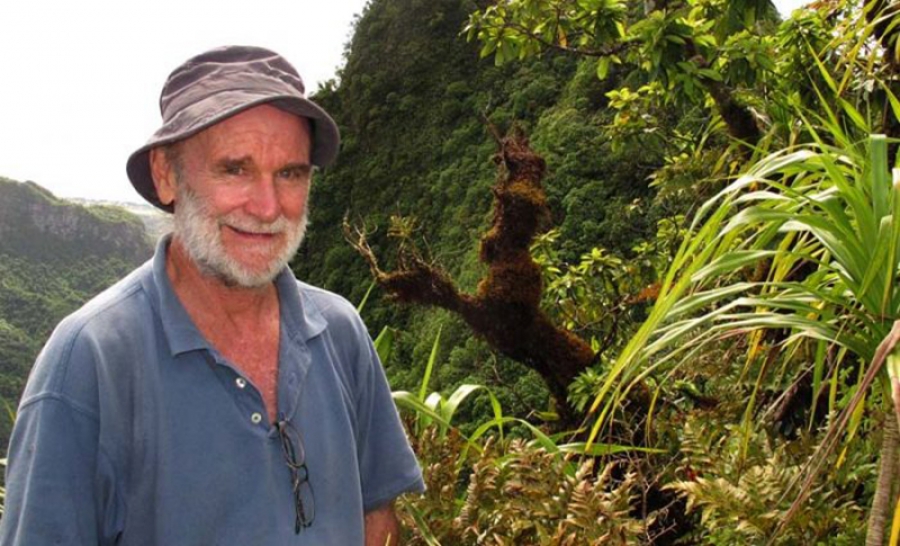 The impact of carbon emissions from undersea mining hadn’t previously been assessed, writes Gerald McCormack, from the Natural Heritage Trust. He analyses the risk and advises a precautionary approach.

The Greenpeace report “In Deep Water” warned in July: “By impacting on natural processes that store carbon, deep sea mining could even make climate change worse by releasing carbon stored in deep sea sediments or disrupting the processes which ……. deliver it to those sediments. Deep sea sediments are known to be an important long-term store of ‘blue carbon’, the carbon that is naturally absorbed by marine life, a proportion of which is carried down to the sea floor as those creatures die.”

On September 19, an article in the Cook Islands News echoed a similar warning: “Carbon stored in deep sea sediment, once disrupted by deep sea mining equipment, can be released and exacerbate the negative impacts of climate change.”

There was a strong implication that this would be the case in the Cook Islands.

In 2016, I wrote a booklet for the Natural Heritage Trust: “Cook Islands Seabed Minerals – a precautionary approach to mining”. The idea was to see if more locally focused scientific information would raise the level of debate about nodule mining above “it could” versus “it won’t”.

It investigated the proposed exploitation of Cook Islands seabed polymetallic nodules as a potential economic resource, and investigated what parts of their environment might be negatively impacted by mining.

These aspects are focal points for a precautionary approach and I suggested maximum acceptable impacts.

My study concluded that zero extinction of benthic animals and bacteria could be assured by the establishment of biodiversity preservation areas that are ecologically equivalent to the mining areas, and protected from plume sediment resettlement.

The release of carbon was not included in that booklet – and I would now like to correct that oversight.

It is important to understand I am not concerned with what might happen in other countries or areas. And, within the Cook Islands, I am focused on the central South Penrhyn Basin (SPB), which is the area with our most significant concentration of polymetallic nodules.

The South Penrhyn Basin (SPB) is immediately east of the immense and high Manihiki Plateau. The illustration shows these two areas.

The plateau formed about 120 million years ago. Since then it has slowly subsided to be about 2,500 metres below sea level.

Since its formation the calcareous skeletons of dead plants and animals have been raining down upon it. Today those skeletons have consolidated into a calcareous cap, up to one kilometre thick. The plateau is a significant depository for inorganic carbon.

The Basin is about 110 million years old. The nodule-covered seafloor is about 5,200 metres down, below the Carbonate Compensation Depth, causing all the sinking calcareous skeletons to dissolve before they reach the seafloor.

Without any calcareous sediment, the Basin’s seafloor is a reddish volcanic sediment, upon which polymetallic nodules have been growing over the last 20 million years.

The Basin’s deep-seabed is not a depository for inorganic carbon.

Microscopic plant plankton in the top 200 metres of water capture carbon dioxide to grow, and they are eaten by animal plankton which in turn are eaten by larger animals.

When the plant plankton and the pelagic animals die, they can sink to the seafloor and this organic carbon enables the growth the seafloor animals and bacteria. Eventually some of this carbon can be locked into the sediment and removed from circulation.

In our particular case, the very low nutrient levels in the Basin means it supports a very low quantity of microscopic plant plankton, leading to low levels of animal plankton and other pelagic animals.

Thus, there is a minimal amount of organic remains, known as Particulate Organic Carbon, to sink down to feed seafloor animals or to be stored in the sediment.

In 2003, scientist Okamoto reported Japanese research on the sediment in the main nodule area of the SPB. The researchers found a very low quantity of animals, as we would expect from the low level of Particulate Organic Carbon flux, and 80 per cent of the tiny animals lived in the top 1cm of sediment.

In the sediment they found very low concentrations of organic carbon at 0.4 per cent or less, which was slightly less than the level in the Clarion-Clipperton Zone in the tropical East Pacific, which has a higher Particulate Organic Carbon flux.

In the Clarion-Clipperton Zone, Sweetman et al showed this year that bacteria are much more important in assimilating carbon from Particulate Organic Carbon flux than the tiny animals and, furthermore, bacteria can slightly increase organic carbon by using some dissolved inorganic carbon from the water.

In the Basin we would also expect bacteria to be dominant in processing the small amount of Particulate Organic Carbon flux on the seafloor, and that they would convert some dissolved inorganic carbon into organic carbon.

Although there is a very small amount of organic carbon in the sediment, we would expect some to be mobilised in any sediment plume and should consider its fate. Experiments and models of such plumes show that almost all the sediment resettles within a few kilometres. Furthermore, because of the high density of the bottom current, the Antarctic Bottom Water, the plume would not rise more than a few hundred metres above the seafloor. This seabed-mobilised organic carbon will not reach the surface waters.

In contrast to the seabed plume, the release of any uplifted sediment at the surface would pose a number of problems.

In the 2016 booklet I strongly recommended that all uplifted sediment and nutrient rich abyssal water be returned to the seafloor or, at least, to a great depth.

The main concern here was the effects of nutrients and sediments on water-column biodiversity, rather than the release of carbon dioxide, which would be negligible.

The Basin is not a significant depository for organic carbon.

The Basin has dissolved inorganic carbon in the immense seabed current, the Antarctic Bottom Water.

Globally the oceans absorb about 30 per cent of the carbon dioxide generated by human activity (“anthropogenic carbon dioxide”), and the Southern Ocean is particularly important, absorbing about 40 per cent of this oceanic uptake. The carbon dioxide absorbed near Antarctica is carried northward by seafloor currents, especially the Antarctic Bottom Water, into the Pacific. Much of the Antarctic Bottom Water flows on the seabed through the Basin and it is a key factor in the unusual abundance of nodules.

The process of harvesting nodules on the seabed will not release dissolved carbon, but any abyssal water brought to the surface would release some of its dissolves inorganic carbon as carbon dioxide. Although the released carbon dioxide would be very small and have no significant effect on the climate, it is important to return abyssal water to the depths, mainly because of its high nutrient load.

The present scenarios for seabed mining in the Basin would not release significant amounts of deposited inorganic, deposited organic carbon or dissolved carbon, and would not have a significant effect on the climate crisis. This is mainly because of the nature of the Basin’s environment, rather than anything special about the mining scenarios.

Despite the predicted trivial effect on climate change, the precautionary principle applies.

Mining proposals should report on how their activities might alter the distribution of carbon, so this can be considered in the official Environmental Impact Assessment process before mining is approved.