Invasive predator must be eradicated 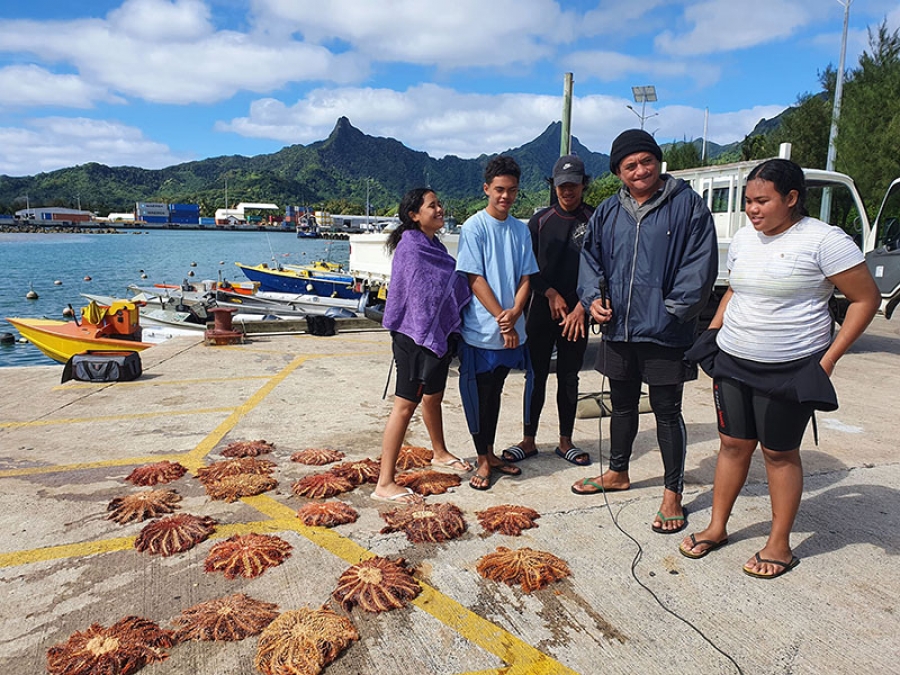 Environment group Kōrero o te 'Ōrau is calling for the removal of the crown of thorns starfish from reefs around Rarotonga.

It could be an early stage of an outbreak, says leader and biologist Dr Teina Rongo.

And Rongo’s main concern is to have this taramea, more commonly known as the crown of thorns starfish removed before it establishes a high density, killing the reef ecosystem.

He said from their surveys, last week they identified the taramea in Nikao and the Avatiu/ Avarua areas.

“The next step is to assess the spread of taramea, how far it has spread around the island. The concern here is, it takes long for the reef to recover.”

Taramea primarily feeds on coral and they caused the devastation of coral reefs in the Cook Islands since the early 1970s and again in the mid-1990s into the early 2000s.

The Ministry of Marine Resources previously led projects to eradicate the starfish by chemically injecting them, on Australian recommendations.

There was also the option of removing and bury them, but one would need to be careful because it venomous and dangerous.

He said the taramea is in its early stages and it was important to act now.

Climate change could contribute to slow recovery, if the reefs died again as a result of crown of thorns. And there was no guarantee that it would come back, or if it did, it would take longer than the past recoveries.