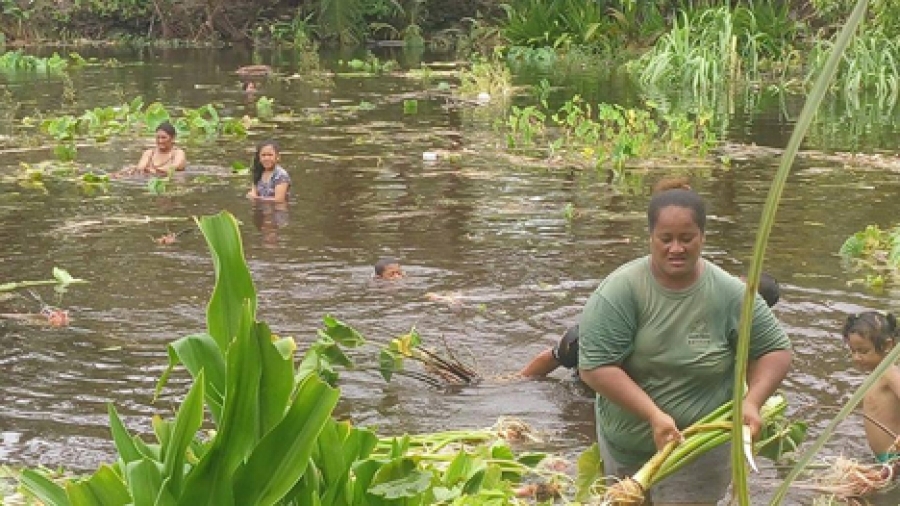 Flooding in the taro patches on Pukapuka is threatening the livelihoods of locals and creating a very real danger to food security on the isolated Pa Enua.

“There has been talk for quite some time about flooding measures to drain the taro patches better. It’s a huge food security issue – half the food resource is now gone for the next six months.

“I hope the government has some measures to speed up the need for flood drainage…in one photo you can see the cyclone centre behind the flooded taro swamps.”

Asked about solutions, Borofsky said most islanders have to wait it out, although with new tractors they are fixing the roads and clearing debris.

“The short answer is the community pulls together and works hard and waits it out.

“Having no taro for the next six months is a huge security issue.”

Climate Change Cook Islands director Ana Tiraa said with the support of Strengthening the Resilience of our Islands and our Communities to Climate Change (SRIC) they are in the procurement stage for a culvert and other material to help with drainage in Pukapuka.

But Borofsky said she’s been hearing the government is planning to help the island for more than two years and she said it’s just too little too late.

“Personally I’ve found the government measures to basically be report after report after paperwork after stalled initiatives after bureaucracy.

“I get sad how Pukapuka gets neglected... It’s the only island that still eats taro on a regular basis and actually relies on it as half their food resource along with fish.

“It’s the only truly Polynesian atoll left and we have to protect it. Our environment is our resource, our money for future generations.”