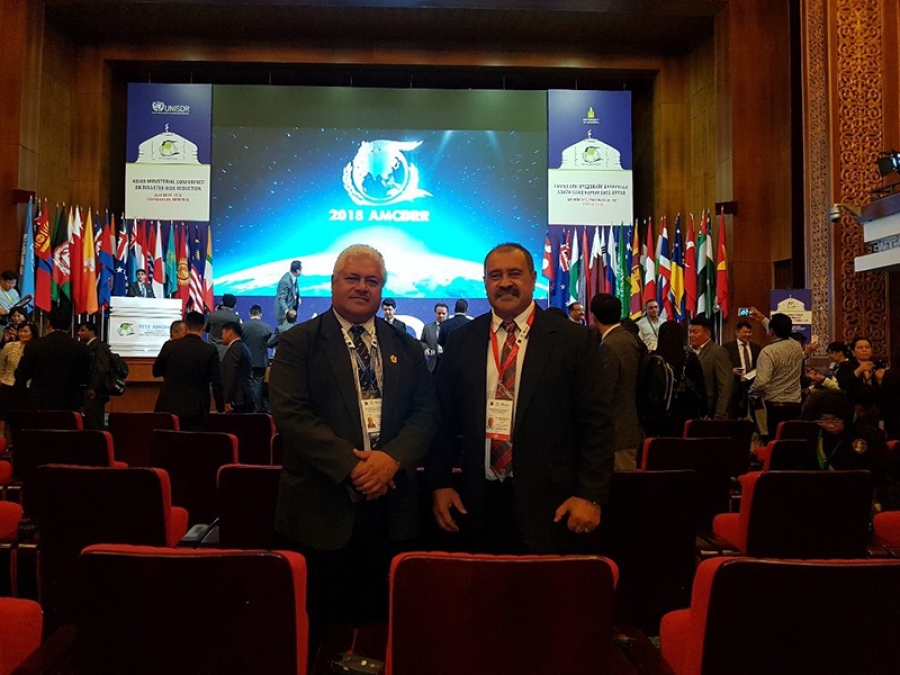 Around 2,500 people are attending the event, including representatives from over 50 countries.

The theme of the conference is "Preventing Disaster Risk: Protecting Sustainable Development". The aim is to improve disaster risk management in order to reduce the number of people displaced during times of disaster.

Around 11 million people were displaced by disasters last year, most notably in Asia and the Pacific Islands.

At the opening of the conference, Mongolian prime minister Khurelsukh Ukhnaa urged participants to use the three days to review challenges in the region with reducing disaster losses, through increasing action at a local level.

In April, the Sendai Framework Monitor (SFM) was launched in the Pacific.

The framework monitor is a five-year, voluntary, non-binding agreement which recognises that governments have a primary role to play in reducing disaster risk. It also notes that this responsibility should be shared with other stakeholders, including those from the private sector.

“The monitoring and reporting (of disasters) is always a very time consuming process and hopefully having this new online tool in place for measuring disaster losses will help ease the process across all sectors,” said Carlson.

Despite the challenges, reporting was a critical process for informing policymakers, improving coordination efforts, preparedness, and most importantly making better informed decisions, he added.

Over the four days of the conference, participants will also discuss issues including creating a disaster-resistant infrastructure and promoting public-private partnerships on disaster risk reduction.

The meeting will end tomorrow.