Wednesday 9 May 2018 | Published in Environment 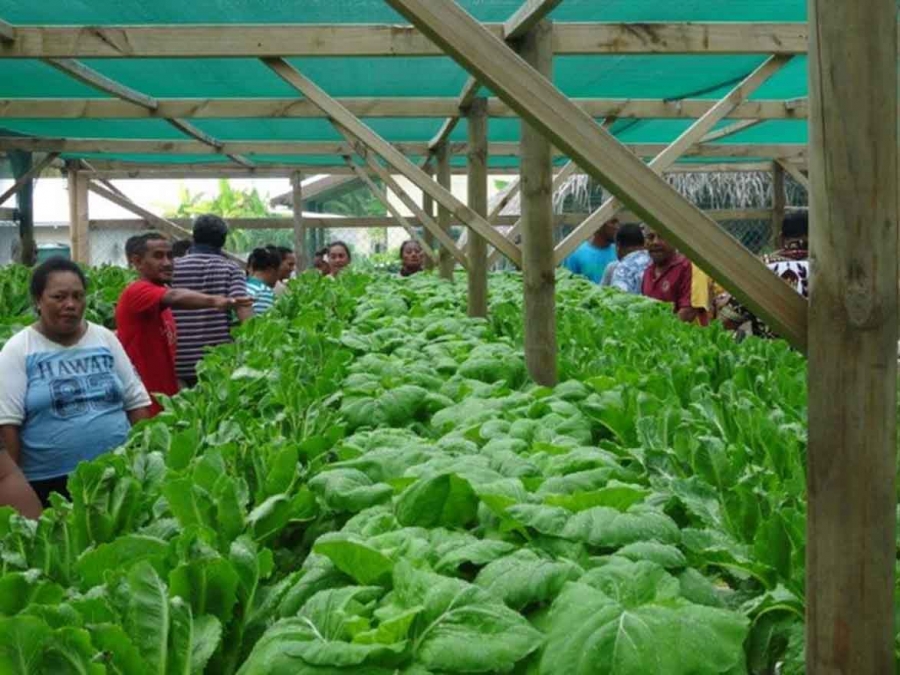 Communities in the northern group are expected to be the main beneficiaries of the grant money. Pictured here is a hydroponic nursery in Pukapuka. PHOTO: Lucky Topetai (SRIC Focal Point). 18050783

The Cook Islands has received a $3million grant “to help build the resilience of its residents and protect their livelihoods from disasters and climate change”.

The money is a gift from the United Nations’ (UN) Adaptation Fund, which was established under the Kyoto Protocol of the UN Framework Convention on Climate Change. Since 2010, the fund has committed $679.74 million to 76 countries, in an attempt to combat climate change and the issues it presents.

The Cook Islands is the first Pacific nation to receive such funds directly. Previously, resources from the Adaptation Fund have been delivered via international organisations such as UN Environment.

The Ministry of Finance and Economic Management (MFEM) plans to use the funds to strengthen national and local capacity to reduce climate-change risks, establish climate-resilient water management instruments through an approach that involves communities, and to revitalise agricultural production systems.

The intention is to support greater food security and protect livelihoods in the outer islands, particularly in the northern group, which is made up of low-lying, sparsely populated coral atolls and sand cays.

Development Programme Manager for MFEM Krystina Tatuava says, “We are very pleased with the outcome of our project proposal. The process has not been easy, but is well worth the pursuit”.

“It is the first Adaptation Fund project to be approved under MFEM as the Cook Islands National Implementing Entity (NIE) and we are excited to start the implementation.”

MFEM’s designated entity for the fund, the NIE, was a requirement needed to access the fund directly. The NIE received accreditation in July 2016.

The Cook Islands is one of the nine countries that the UN Environment’s Asia Pacific Office is supporting to acquire accreditation to the Adaptation Fund.

This process includes strengthening institutional and financial management capacities, as well as ensuring the fund’s fiduciary requirements are met. This enables needy countries to directly access funds for climate adaptation and resilience building.

“On the challenges due to climate change, Pacific countries need critical support to access finance,” said Isabelle Louis, Deputy Regional Director of the UN Environment’s Asia and the Pacific Office.

“But more importantly, they need robust and sound national systems and institutions to help them adapt in a way and at a pace that is manageable and this is what we have done through our support to these countries. It helps set the foundation for solutions and accessing more funds.”

Established in 2001, the Adaptation Fund finances “concrete” climate-change adaptation projects and programmes that assist vulnerable communities in developing countries. The fund is operated by the Adaptation Fund Board, with the Global Environment Facility as the Secretariat and the World Bank as the Trustee.

The Cook Islands, Bhutan, Cambodia, Maldives, Nepal, Palau, Samoa, Sri Lanka and Tuvalu have all received assistance from the UN Environment’s Asia Pacific Office, with financial support from the Ministry of the Environment of Japan.

The aim is to develop the institutional and financial management capacities in these countries, as well as helping them meet the fiduciary requirements necessary for Adaptation Fund accreditation.