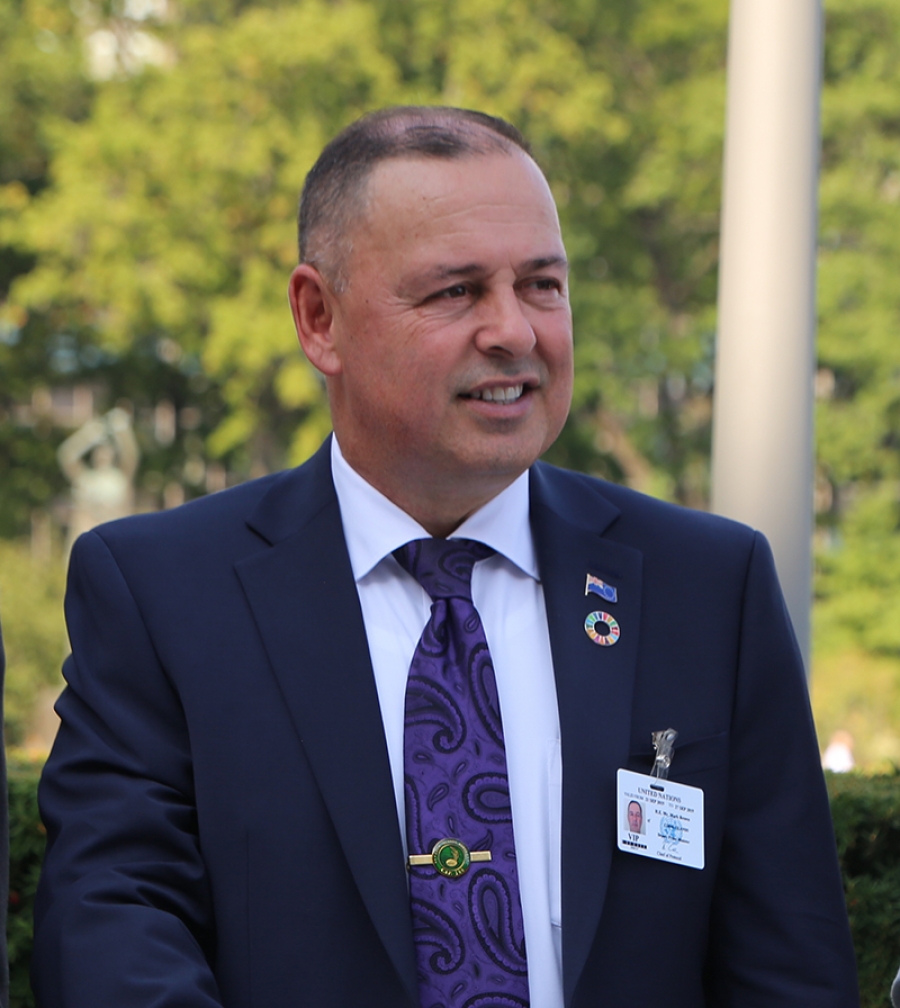 While the world struggles to raise $100 billion for climate action financing, frustrated Pacific leaders focus on future-proofing the islands. Lisa Williams reports from the United Nations in New York.

Bigger countries should “put their money where their mouth is,” says Deputy Prime Minister Mark Brown.

But after spending this week at the United Nations Climate Summit in New York, he’s not about to wait around for major industrial nations to keep their promises.

They had pledged to build a US$100 billion dollar fund by next year, to help protect communities against the worsening global climate crisis.

From the Pacific spaces at the 74th United Nations General Assembly meetings and side events, Brown and others have been quick to mention the new Pacific Climate Facility given the green light during their Tuvalu meeting last month.

Facility champion and Forum boss Dame Meg Taylor told leaders yesterday that the $1.5 billion being sought to kick-start the fund for climate-resilient infrastructure projects in remote island nations is just one per cent of the combined GDP of the Pacific region, over five years.

The idea was first conceived by UK economist and academic Lord Nicholas Stern, she said, and would help Pacific nations past the difficulty in access and reporting criteria for the global Green Climate Fund.

For many who can’t access it now, the Facility offers hope and savings.

Taylor said that for every dollar spent through the fund, $9 was saved in the cost of a disaster aftermath solution.

Brown said the facility will be managed out of the Forum Secretariat in Suva for now to save on capital costs. Far better, given the pressure for the funds to come in before the Facility truly gets underway.

He said the fund was “carving out a niche, if you like, for Pacific countries to be able to access funding, under their own terms under our rules, managed by us to make it easier to start strengthening key infrastructure in our countries to ensure that we can withstand the effects of climate change that are already upon us.”

Together the Pacific Islands contribute less than 0.03 per cent of world carbon emissions, yet a lot of these countries had still been shifting to renewable energy, he said.

There was a new push midway through Climate Action week to come up with new strategies for pushing industrial powers who just don’t have the will to meet with the “moral conscience” of the world powers and tell them to dig deep.

“But we have to really face the facts, there are a number of countries that are not going to commit to the carbon emissions,” added Brown. “And as a country that’s surviving in the Pacific Ocean, we’ve got to be prepared to live in a world that is more than 1.5 degrees warmer.

For the Cooks, that is likely to involve improving sanitation, sealing runways, upgrades for harbour facilities, and sorting water to local homes.

Climate future-proofing may save $9 for every dollar spent, but that’s still not cheap.