Tzar of the South Seas 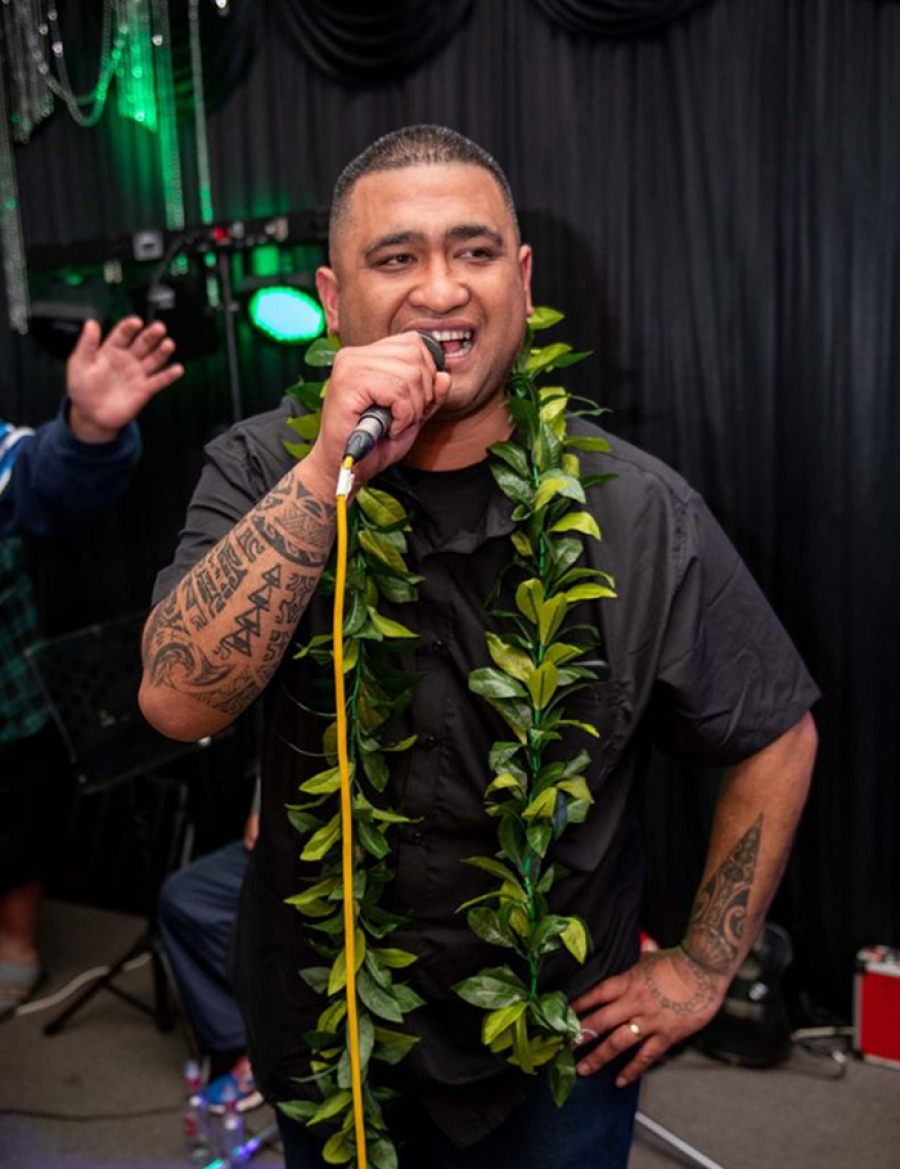 Tzar with other members of Vaiari 5: “The extreme sound from the Penrhyn Island”. 20032010

Singer Tzar is back in Raro, and dreaming of putting together a family band. It is the one life experience about which musician Teuira Williams hasn’t been able to put the pen to the paper: his near-death experience out at sea.

Williams’ music is inspired by moments in his life.

Tzar, as he is known in the music industry, has written songs about some of his happiest and saddest moments.

But not this one. In 2005, returning from his first ever visit to his home island Penrhyn, the ship he was on got caught in the middle of a devastating Cyclone Meena.

He was 19 then and was travelling with his mum and other family members.

“There was a group of us, about 20 passengers including two babies, and we went to Penrhyn to celebrate 100th anniversary of the churches there,” Tzar recalls.

“We were a day out from Rarotonga when we got hit by the tail end of the cyclone. The captain couldn’t see anything, we were told to say our last goodbyes. It was a scary moment for all us. We were just crying and praying.”

The passengers were crammed into two little cabins as the crew worked tirelessly to fight the storm which lasted for four days.

They were stranded out at sea for six days, with little food as they lost most of their supplies in the storm.

“We pretty much survived on cabin bread and corned beef but when you are s***-scared, hunger is the last thing that comes to your mind,” Tzar says.

“When we got back to Rarotonga, there were people and overseas media waiting for us. We were so happy to make it, we were kissing the ground, and we were hugging, just so happy to come out of that alive.”

For many lyricists, experiences like these can inspire some good writing. For Tzar, it’s a memory he doesn’t want to evoke.

“Many people asked me why I haven’t written a song about it. I think the memory, it was just too terrifying and I don’t want to revisit them.

“I’m afraid of sea now, I have never gone out fishing. I have never been to Penrhyn again and if I ever do, it has to be by plane.”

Tzar started his music career in 2003 with family band called M Sweet. They got into the industry through the help of Tika Raki and Thomas Peyroux.

Their first overseas trip was to Tahiti that year where they performed at festivals, radios, televisions for about two months.

“This was a paid trip, all expenses paid by well-known Tahiti producer Studio Alphonse, who has passed on.”

“My older brother who was leading the band decided to become a (church) minister so he left the band and came here to study at the Theological College.”

Tzar and some others formed another family band called Vaiari 5 – “the extreme sound from the Penrhyn Island”.

The band came to Rarotonga in 2006 to launch their first album which was released under Vaimutu Records.

While in Rarotonga, they were asked to join the Penrhyn team for Te Maeva Nui festival.

They performed kapa rima items (songs) and that was the first time the northern group island won the category in the annual cultural festival.

“We had gigs all over the place but Te Maeva Nui was the highlight for us. It was a huge boost for us, first time we performed in front of our people and we were getting noticed as well.

“We didn’t want to step on anyone’s toes but our people welcomed us with open arms and we were blessed to represent them at the festival. It was an amazing experience.”

The band went on to produce their second album before splitting in 2009.

“Again, two of the members wanted to study to become church ministers while the other went overseas.”

Tzar decided to go solo from 2009 and has successfully produced 15 songs. He also does covers of top songs, regional and international, giving them his own unique touch to appeal the mass, especially his young followers.

“The name Tzar was given to me by my school friends during our days at Mangere College. I used to tease a lot, especially the girls. I was a teaser so that’s how the name Tzar was born. When I went solo, I decided to go by that name.”

Music is not a fulltime job for Tzar. It’s only a passion which is inspired by the love for music.

Professionally, he works as a funeral director for South Auckland Funerals and is now based in Rarotonga working for its sister company, the Cook Islands Funeral Service.

He has been in this field for 11 years. Prior to this, he was a bouncer at an Auckland bar.

“My work inspires me, it inspires my music. Every time I walk into a mortuary, when people grieving for their loved ones see me, they are like ‘oh, you are the singer’.

“So it changes their grieving into a bit of happiness, ‘look the singer is taking care of us. I find that pretty amazing,” says Tzar.

“There are times when I walk into some place and my songs are playing but people don’t know I’m the one who sang that song. I enjoy those moments, seeing how people react to my song, especially the lyrics, really gives me that satisfaction.”

As a musician, Tzar says making money and becoming rich from music never crossed his mind.

“You got some musicians who are all about the money and I know a few who are not in the game anymore because of the way they think. I just do music for the love of it, the blessing and money that comes with it is a bonus.

“Majority of my music is from myself and a good friend K.IBEATS of Invercargill who’s the beat maker from now onwards. I’m now under the wing of Heimana Music by Noo Pare, father to Jarome Pare.”

Tzar was one of the local musicians who performed at last week’s Rage concert in Auckland – one of New Zealand last big events before shutting down to stave off Covid-19.

The concert brought some of the top Cook Islands and Pacific artists together.

The organisers paid for his return airfares and other expenses, including the wages for his replacement worker in Rarotonga.

“This is the kind of blessing I’m talking about.”

Content with his achievement so far, Tzar hopes to form another family band in the near future.

In the meantime, he hopes to gain some courage and hopefully someday share with the world the most unforgettable memory of his life.