Just get up and dance 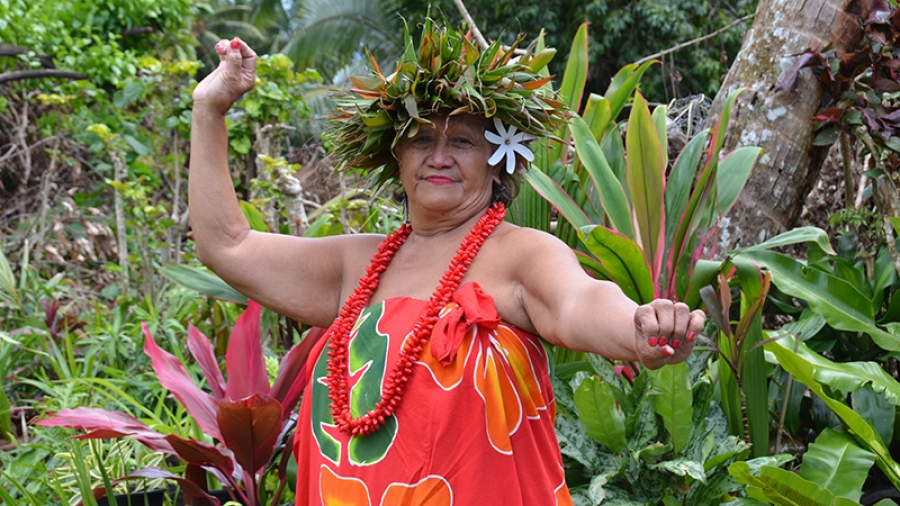 For the first time, over 40 dancers have registered for the Ministry of Culture’s Golden Oldies dance competition.

Due to the overwhelming response, the event will now be held over two Fridays, starting tomorrow, at Rehab nightclub.

Secretary of Culture Anthony Turua confirmed that the number of entrants is the most the ministry has seen.

“The response to this event has been tremendous, it is good to see the great amount of interest in our culture,” he said.

Yesterday more people were keen to enter but unfortunately had to be turned down, added Turua.

Seventy-year-old cultural artist Mii Upu first participated in the event in 1993 - tomorrow night she will perform in the Rauti Para (Golden Oldies) section.

“Back then, the show was held at the same location but was operating as Metua’s café, and there wasn’t many us who joined,” said Upu.

This time around, her Punanga Nui Market friends discreetly signed her up.

“Myself and Aunty Ake Lewis were told we are joining, so we are, why not,” she laughed.

“It will be a good, entertaining and fun competition and I’m looking forward to a great evening.”

She’s had enough practise sessions having danced the night away at birthday celebrations, including hers held over the past few weeks.

Upu was a member of the Tereora College and the Youth Council dance teams in the late 60s.

She learnt sewing and cooking skills in the Home Economics courses – the initiation of her passion in costume making.

In 1972 together with her husband Rouru Quarter, they formed the Royal Polynesian dance group that travelled to New Zealand, Australia, Asia and Europe.

Upu was charged with designing and making costumes, but if a dancer was unable to perform, she would fill in their position for the show.

Upu said she was impressed with the skills, costumes and talents of recent Te Mire Ura participants, especially with the Juniors.

“It’s wonderful to see our young ones embracing our culture,” she said.

An experienced cultural artist and leader of his own dance team Te Korero Maori, Tupa is looking forward to the night and showcasing his expertise.

Tomorrow, Friday July 31 at Rehab night club the Taunga and Rauti Para dancers will perform from 8pm in the following order.

Next Friday August 7 the Rauti Pi (Masters) and Te au aito no te akauroa (Expats) competition will be held at Rehab.