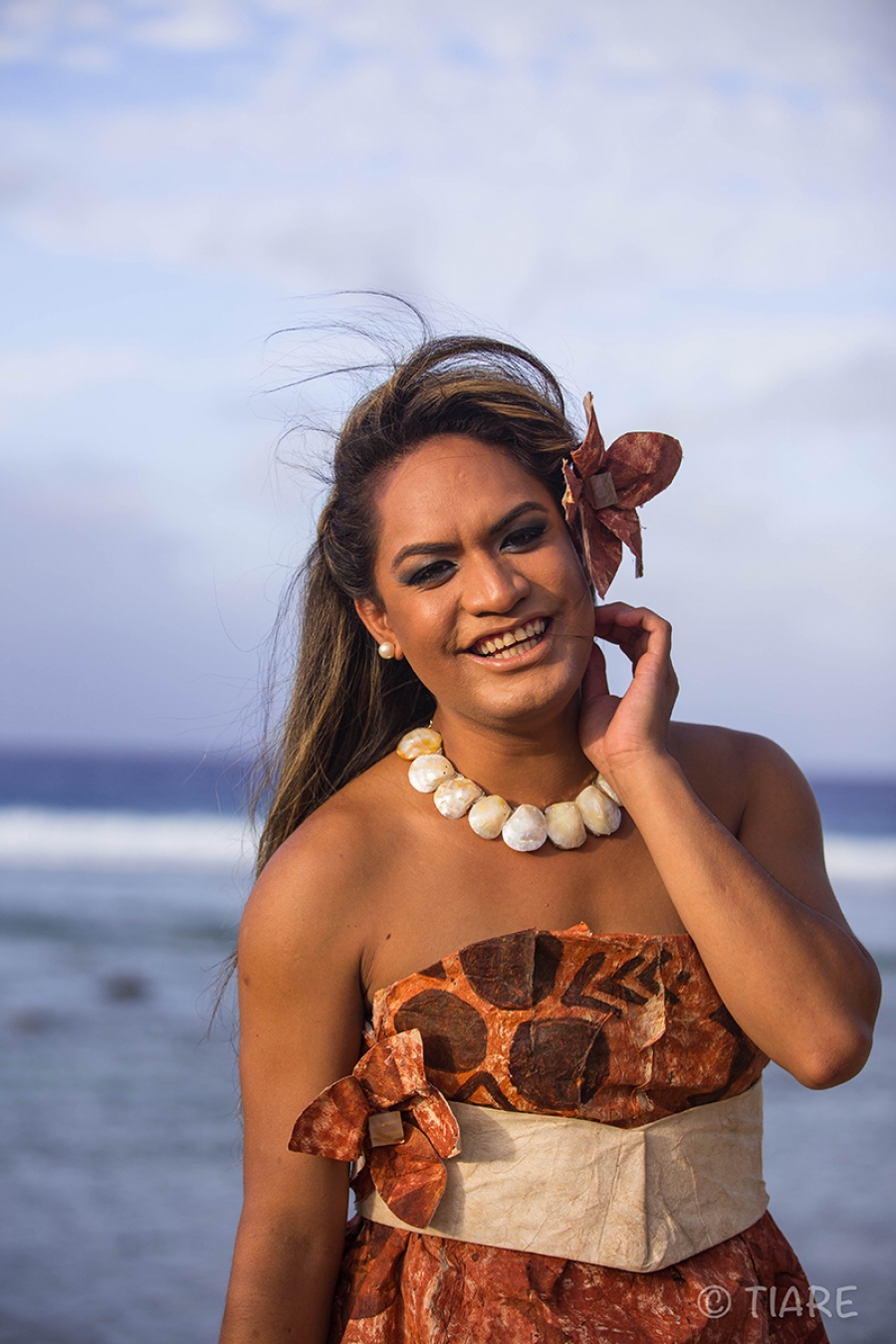 Tatryanna Utanga, aka Tatryanna Eden LaCroix, intends to raise the Cook Islands Crimes Act in every interview on the international stage. 19110868

Cook Islands’ representative in Miss Jewel of the Pacific intends to use the pageant to raise awareness of this country’s plans to recriminalise homosexuality. Rachel Reeves talks with her.

The Pacific Gender and Sexual Diversity Network, an organisation of which Te Tiare is part, had been talking about a Miss Jewel of the Pacific pageant for a decade.

Her next thought was that she was nervous, despite years of dancing onstage, winning Miss Thunderhips Cook Islands twice, and wearing the Mizz Jewel crown for the third year running.

She’d already agreed to spend November in Sydney, working to help launch a Cook Islands dance team, and she worried she wouldn’t have enough time to work out, prepare, and choreograph a dance number – before the Pacific pageant next month.

But with trepidation, Tatryanna submitted her registration for Miss Jewel of the Pacific, being held at Grand Pacific Hotel in Suva, Fiji.

A week later, news broke that a select committee was considering retaining the clauses in the Crimes Act that criminalise homosexuality.

“I thought, there’s no better time to join this pageant,” Tatryanna tells me over the phone from Sydney. “I think the timing was, well, just on time.”

Tatryanna is 29, though she jokes that she sees age in the same way she sees gender, as fluid and unassigned. (She feels 27.)

With bloodlines stemming from Rarotonga and Mitiaro, she grew up in Ruatonga and did her college education at Nukutere and Tereora.

She was always interested in books and knowledge, as well as in fashion and makeup, though at the time she couldn’t have known she’d grow into both an academic and a beauty queen.

When Tatryanna was a teenager, she became involved with Te Tiare Association. The organisation still meets at her family home, even though she moved to Auckland in 2009 to attend university and look after her grandmother.

Tatryanna went on to earn dual degrees in sociology and psychology from the University of Auckland. Her interest in people, behaviour, and mental processes stems largely from an empathy borne of understanding what it’s like to exist outside a social norm.

“It all just kind of aligned,” she says of her study. “I don’t like to say these things about myself, but people say I’m compassionate and I understand. I loved the subjects and they applied to me.”

Tatryanna has long been involved in advocacy work in the Cook Islands.

For years she’s been helping with “silent submissions” to Parliament regarding the Crimes Act and its criminalisation of homosexuality.

She’s organised events on Rarotonga for World AIDS Day. In 2017, she coordinated a workshop called Te Kaveinga Ou: Cook Islands LGBTQI Workshop, which focused on legislation reform, health, education, and empowering what she calls the rainbow community in the Cook Islands.

Last year, she represented the Cook Islands at a human rights conference in Fiji.

But university opened her eyes to the plight of the differently abled, and an altogether new arena of advocacy.

“I’ve always had a soft bleeding heart towards the struggles of that community,” she says.

Growing up, she would visit her aunty at the Disabled Centre, the forerunner of the Creative Centre, and the experience stuck with her. As she learnt more at university, she began to find parallels between her aunty’s struggle and her own.

“When we talk about addiction and violence and struggle, we need to underline mental health,” she says. “So whether it’s LGBT youth and their substance abuse or unhealthy coping – for me, everything always comes back to mental health.”

The Miss Jewel of the Pacific gives Tatryanna a regional platform to initiate conversations about what weighs on her mind, such as ill mental health and LGBTQI issues.

“I’ve had to think about it and be like, okay, how am I going to use this platform?” she says.

She intends to use social media to raise awareness and to bring up the Cook Islands’ Crimes Act in interviews with journalists, whether she’s asked about it or not.

Currently she’s biding her time, “collecting all the facts” before making a statement; she’s recently observed people on Facebook “blowing things out of proportion” prior to doing their research.

Her immediate goal is to educate people about the specifics of the language in the Crimes Act, which does not merely prevent homosexuals from being married but makes their choices punishable by a prison sentence.

But Tatryanna is also intentional about her respect for leaders in the Cook Islands and believes steadfastly in the doctrine of peace.

“I think some groups in other countries might look at us and say, you need to amplify your message and strengthen your muscle, but I think [respect] is what makes us different,” she says.

Over the next weeks, Tatryanna is in Sydney preparing for the Miss Jewels pageant, taking advantage of affordable laser hair removal treatments and the help of her friends there.

Her chaperone for the pageant, former Mizz Jewel Angelese Armstrong, is working with her from afar.

She finds strength in the love and support of her mum and sister, and in the rainbow communities she’s part of in the Cook Islands, New Zealand, and Australia.

“We’re family, everywhere we go,” she says. “LGBT people don’t slide into any kind of norm, so we are each other’s family.”

Given Tatryanna’s passion, advocacy, and desire to be part of a positive change, the stated goals of the Miss Jewels of the Pacific Pageant – to strengthen regional collaboration, accelerate healing, and celebrate the beauty, talent, intelligence, and creativity of trans people – are already being achiev