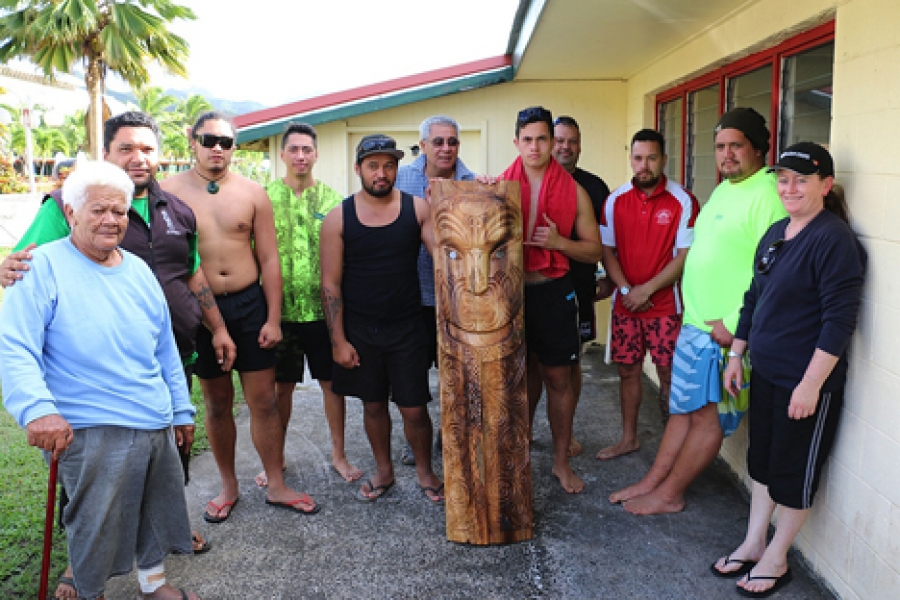 Traditional links between Aotearoa and the Cook Islands have been strengthened through the recent Taurua Matariki carving and weaving exhibition.

An initiative by the New Zealand High Commission, artists from New Zealand and Rarotonga combined their talents to create a collection of commemorative art pieces to symbolise the special bond between the two island nations.

A formal exhibition of the pieces is currently being organised.

While carving and weaving for the Taurua Matariki exhibition, Maori carvers and weavers from the New Zealand Maori Arts and Crafts Institute (NZMACI), based in Rotorua, have created a special carving for the Aotearoa Society who hosted their whanau from Aotearoa.

The group of young artists gifted a magnificent poupou to the Aotearoa Society as a token of gratitude for looking after the group on their weeklong visit to Rarotonga.

Poupou carvings, usually depicting an ancestor, are found along the side of the wharenui on a New Zealand Maori Marae.

Derek Fox, a member of the Aotearoa Society, explains that the gifted poupou to the society, carved out of local wood, is called Tangaroa, as the poupou is a depiction of the ancient god of the sea.

In the carving, Tangaroa is cloaked in a traditional New Zealand Maori korowai and on one side of the korowai, the star constellation Matariki, also known as the Pleiades, is depicted.

The star constellation Matariki rises in mid-winter late May or early June and for many Maori, it heralds the start of a new year.

It was also the name of the exhibition that brought together local and Aotearoa carvers and weaver.

Kai tiaki or guardians of the sea are also etched in terrific detail on the carving which will be erected inside the Aotearoa Society Marae in Tupapa-Maraerenga in due course in what will be a special ceremony for the society. The visiting artists from Aotearoa gifted the poupou to the society on Sunday before departing for home on Monday.

On hand to receive the gift were Aotearoa Centre whaea Bunny Tuoro, kaumatua Derek Fox and his wife Jaewynn McKay.