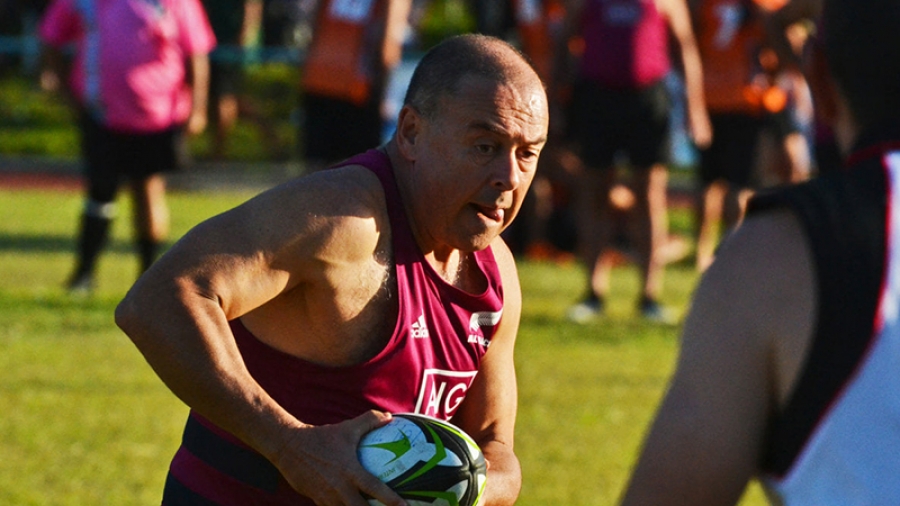 OPINION: A leader is someone who takes seriously the responsibility of developing and finding room for the potential of others.

One cannot think of leadership in today’s world without considering three values that are shaping world leaders either because they possess these qualities in abundance or because they are still developing them.

Of course the worst case scenario is that they are totally ignored.

In times such as these we cannot look past courage, connection and compassion.

If there were ever three qualities that set leaders apart be it those in our schools, our sports teams or our countries it is one if not all of these three.

Looking at the photo of our Prime Minister Mark Brown taking the field at the Cook Islands Games, throwing the ball around in the game he loves and enjoys, is a picture of connection.

His ability to mix it up with the guys on the field and with those in the audience cheering him on, is a clear example of connection and one we see other leaders around the world growing and cultivating, or dismissing and diminishing at the cost or benefit of the people they serve.

Here in Aotearoa I just got home from a sea of Pasifika people that flocked to Mangere Town Centre to get a photo, a selfie or a moment with the Prime Minister of our Realm partner and closest friend and ally - New Zealand.

I was overwhelmed at the brand she carries and the compassion she showed to the many that thronged around her trying to catch her attention.

I was sitting back watching these waves of connection wash over the crowd as Jacinda Ardern addressed the people and encouraged them all to support their local candidate and the Labour Party.

Love her or loath her, for those of us that aspire to serve in any capacity, be it political, religious, in business or in life, we can look to those who have had success and learn from them.

The opportunity for myself to do this and in such close proximity is priceless – and school, not work starts for me every day at 8am and doesn’t finish till close at 8pm each night.

This idea of following a good leader’s example is captured in famous American author Mark Twain’s quote where he said: “Few things are harder to put up with, than the annoyance of a good example.”

Because sometimes one has to work past the personality or the fact that someone has something you desperately need to copy or emulate, but they are fighting for the other side of your business or ideology.

If it’s true that we close our ears to good advice, but we cannot close our eyes to a good example, then where in life, for what you strive to do or be, is your good example?

We hear often the advice of our parents. Even if it was hard to swallow at the time, we see it played out and these people become those we follow and look to even if their example is simply that of those who raised us and cared for us.

And if the world is changed by our example and not our opinion, though opinions especially on social media get amplified so much more than that same person’s example, how do we become that example for others and how do we ensure our example and our advice are the same more often than in contradiction?

Although we don’t have to be perfect to lead and in fact our greatest moments are often our greatest failures and within them our greatest lessons, the courage to be vulnerable is to simply show up even though you know you got it wrong and to own it and move on anyway.

Courage is present in our lives because we know fear and failure and choose to show up anyway.

More than ever before, I have come to understand that a leader is someone who takes seriously the responsibility of developing and finding room for the potential of others.

They have the courage to develop that potential, have the connection to speak into their lives and the compassion to say it’s OK when it all goes wrong.

Therefore, when we pray for our leaders, as we are commended to, pray for these three things, for more courage, for a deeper connection and for gracious compassion.