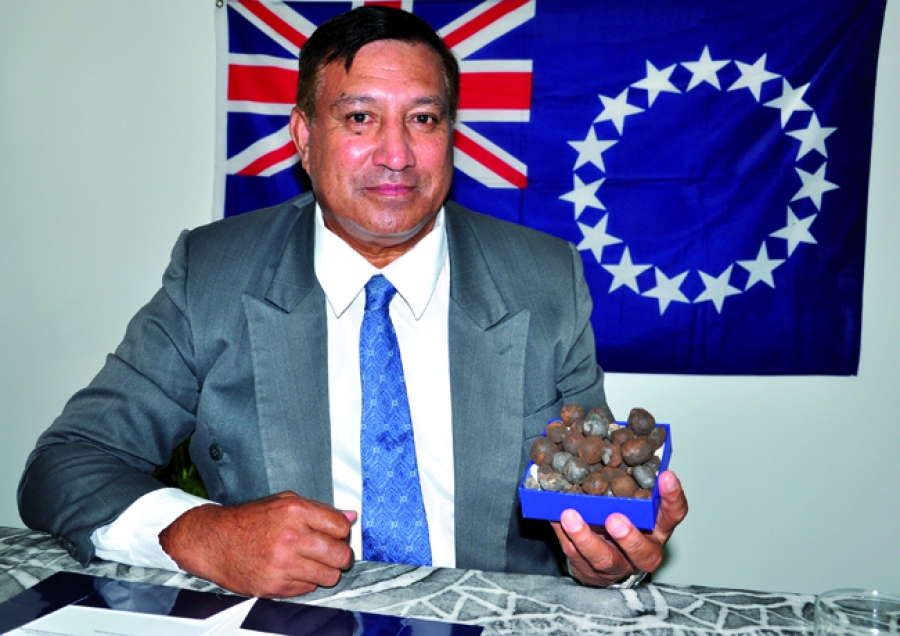 Former deputy prime minister and minerals minister Tom Marsters with nodule samples. Recommendations have been made on the design of a sovereign wealth fund to store revenues generated by mineral assets. 11062415

Members of the public attended an information meeting on Monday night to discuss the establishment of the seabed mining sovereign wealth fund.

The Ministry of Finance and Economic Management (MFEM) held the meeting to consult with the public on the ongoing process of establishing the fund, which will store accumulated wealth from prospective seabed mining activities.

Through a presentation, the ministry discussed relevant issues including present and proposed legislation to deal with the proposed fund, investment strategies, and the need for transparency in fund reporting.

Around 100 members of the public attended the meeting, with a significant amount of discussion being held afterwards, both in English and Maori.

One member of the public questioned MFEM’s recommendation to invest mining revenue in international financial assets, as opposed to investing locally.

Responding for the ministry, Webb said investing locally could cause distortions in the local economy, primarily through inflation.

It has been recommended that fund assets be invested primarily in low-risk, triple-A securities.

It has been estimated that roughly 10 billion tonnes in nodules rich in manganese, nickel, copper, cobalt, and other rare earth minerals could be sitting on the seabed floor, about 6000 metres beneath the surface of the ocean.

Brown said technology is currently being developed to ‘harvest’ the nodules, which are scattered among the 2 million square kilometre exclusive economic zone of the Cook Islands.

Demand for the minerals is significant as the use of mobile devices – where the minerals are used in the manufacturing process - increases around the world.