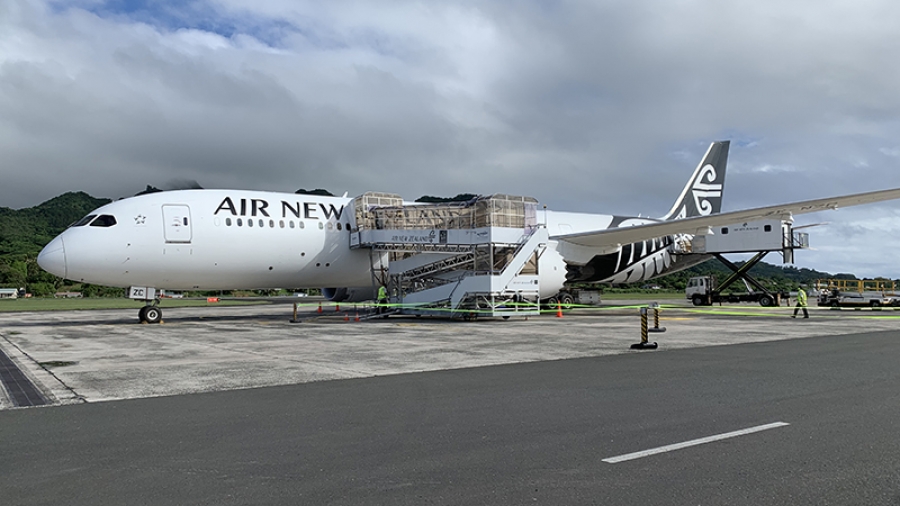 Air New Zealand's Marisa Newman said at the moment the airlines can only work with the travel advisory that they have. 20072704

Travellers to Rarotonga have been cancelling their accommodation pre-bookings in September and October amid growing uncertainty around when a concrete date will be set for opening the borders.

“Is there ever going to be a set date in place for when the air bridge between Cook Islands and New Zealand will be opened?” Bennet asked at the event held at the National Auditorium yesterday.

A number of Kiwi and Australian travellers have withdrawn their accommodation bookings at Sea Change Villas and other accommodation providers, he said because their flights have been cancelled or there are no flights available in September or October.

Bennett said on one side there is Cook Islands, a Covid-free country filled with New Zealand citizens and on the other, New Zealand which is essentially free of community transmission of the virus, yet discussions are still ongoing between the countries’ governments.

“The point I’m trying to make is it seems to me and to a lot of other people that the lack of progress really does defy logic,” he said.

“Perhaps there is something going on behind the scenes that we don’t know about?”

Cook Islands Tourism chief executive officer Halatoa Fua said he understood the frustration around when the borders will be opened, but ultimately the decision will be made at government level.

“As you can understand we are working through the challenges and this is mutual agreement between our government and New Zealand,” Fua said.

New Zealand’s Minister of Foreign Affairs Winston Peters would not be drawn into what was holding up the travel bubble but said it wouldn’t be opened by next week.

Peters acknowledged that “we have got to actually up the game and give an answer and much sooner rather than later”.

Air New Zealand’s Marisa Newman said at the moment the airlines can only work with the travel advisory that they have.

“That advisory only enables for returning Cook Islanders and people who reside here,” she said.

For September and October, Newman said either the customers are requesting credits or refunds or the flights simply do not exist.

“Until we get the advisory to say that we are allowing Kiwis in, we have to keep those credits going and move people off those flights,” she said.