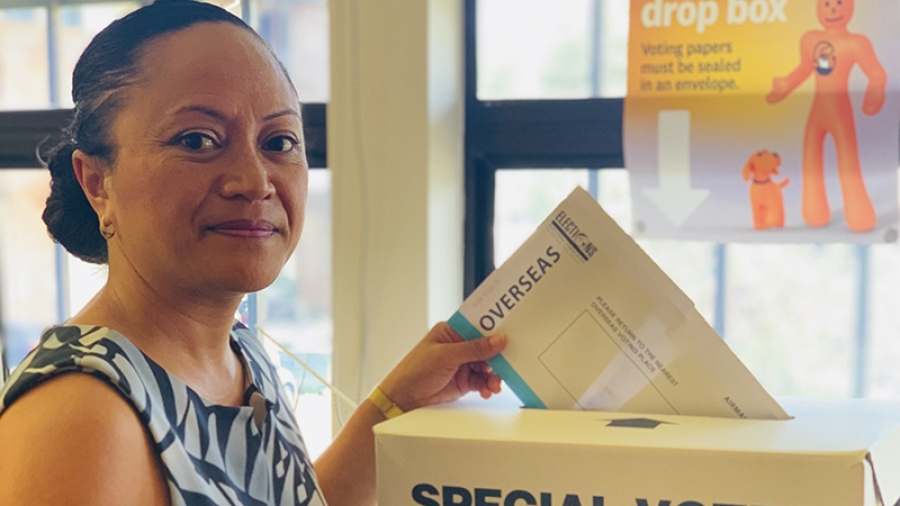 If you haven’t already voted in the 2020 New Zealand general election, you still have time to have your say.

More than 300 people have cast their special votes at the New Zealand High Commission in Rarotonga since voting opened for the New Zealand general elections on September 30.

Voting in the general election in person at the High Commission closes at 1pm on October 15.

“We are hoping to get to 500 this year cast in person in Rarotonga,” she said.

“We have also had postal votes come in from Aitutaki and it is great to see the Pa Enua participating.

Cook said during the 2017 general election, just over 600 votes were received, however that was probably due to there being tourists from New Zealand on the island.

However, in years prior to that only up to 130 votes were cast.

At this year’s general election, you can also vote in two referendums on whether the End of Life Choice Act 2019 should come into force, giving people with a terminal illness the option of requesting assisted dying and whether the recreational use of cannabis should become legal.

“People have been pleased to be able to have their say on these really important issues,” Cook said.

For more information about what is being proposed for each referendum please visit: referendums.govt.nz

To cast your vote in person, send and receive postal votes and for help with enrolling and voting enquiries visit the New Zealand High Commission in Avarua or call on 22201.

You can also check to see if you're enrolled or enrol online by visiting vote.n