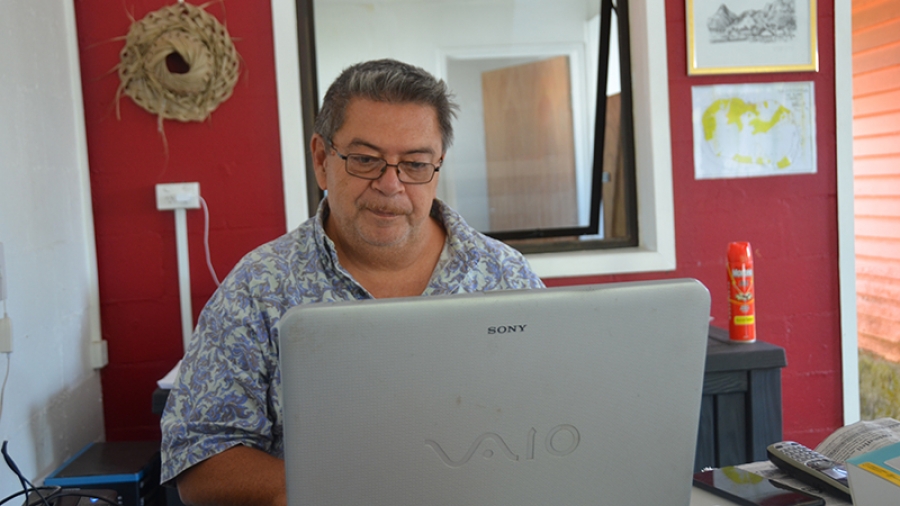 The company chief executive officer William Framhein says, “KUK i NET was granted an exemption licence of self-provisioning to install and operate a VSAT Terminal whilst the Competition and Regulatory Authority formalises what the application processes should be for those who wish to apply for a telecommunications licence.”

Framhein said several of the terminals – which are two-way satellite devices that receive and transmit data - have been installed at several locations on the island as part of the exemption license.

A fourth installed terminal was activated this week, and a further two have been delivered and are expected to be in operation soon.

The company is still waiting for an internet service provider licence in order to officially start offering internet services. Framhein is hopeful to secure a license which will allow him to begin selling Wifi packages.

Later this week, Kuk I Net is planning to install and test a Wi-Fi system at the company’s premises in Tupapa. Framhein said the system will cover an area from Club Raro to Super Brown in Nikao.

Framhein said he is also aware of the connectivity needs of Cook Islanders in the Pa Enua.

“It is our plan to visit Atiu later this month to explore the possibilities of installing a VSAT Terminal along with full Wi-Fi services,” he said.

Framhein said while the company hasn’t marketed the VSAT’s aggressively, they have fielded enquiries for the terminals to be tested at different sites.

He said members of the public were interested in comparing Kuk I Net’s offerings with existing internet offerings from the nation’s sole provider, Vodafone Cook Islands. In response, he is planning to run workshops for those interested in learning about the company’s offerings.

To access satellite internet from Kuk I Net, customers will need to purchase hardware worth $1736.

Framhein said he is confident that his company can offer a connected average speed at 45 mbps (megabytes per second).

In August, Bernard Hill, chair of the Competition and Regulatory Authority, said he expected Kuk I Net to qualify and be granted a service licence.