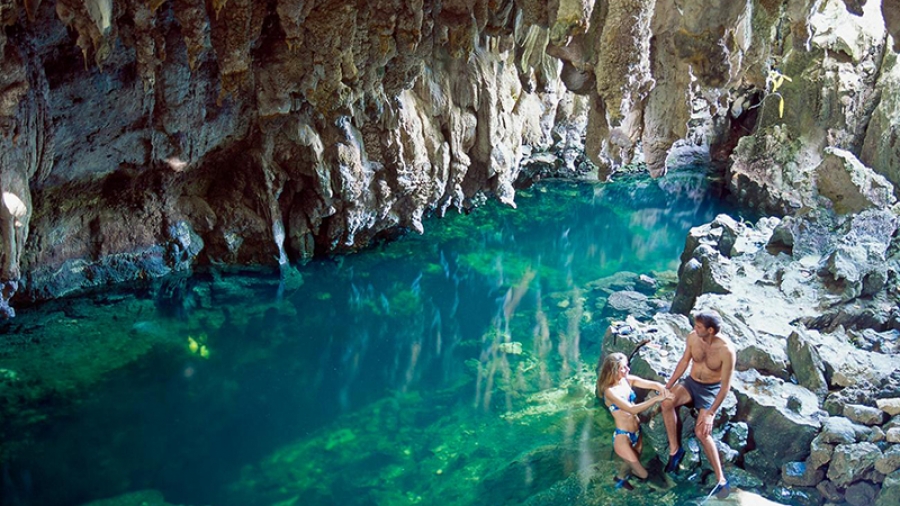 Cook Islands Tourism in conjunction with Island Hopper Vacations and Air Rarotonga are offering residents of Rarotonga once in a life time Northern and Southern Pa Enua packages at “rock bottom Covid prices”. 20101235

Rarotonga residents wanting to “scratch a travel itch” have been given the perfect opportunity to do so, while supporting the country’s economy and businesses in the Pa Enua.

Cook Islands Tourism, in conjunction with Island Hopper Vacations and Air Rarotonga, are offering residents of Rarotonga once in a life time Northern and Southern Pa Enua packages at “rock bottom Covid prices”.

As of 2pm yesterday, the travel packages launched on Saturday completely sold out with a set of new dates to be released in the next couple of days.

Cook Islands Tourism director of sales and marketing Karla Eggelton says the first set of travel dates were just a trial programme to see if there was any interest.

“Clearly there is plenty of interest, so we will add more dates to respond to demand,” Eggelton said. “We expect new departure dates to be available in the next 24-36 hours.”

The Southern Group package initially had four departures planned in November and December with two nights in Mangaia, one in Mauke, one in Mitiaro and two nights in Atiu.

The Northern Group tour is a luxury jet experience with flights to the northern islands. The trip will be fully escorted throughout by a tour manager and guide, the first stop is Pukapuka for a night, then Manihiki for two nights, while leaving magical Penrhyn as the finale.

The programme is designed to work with the Pa Enua to ensure that when the country’s border opens, there are new and improved products and packages available across all air accessible islands for visitors to enjoy.

Following the launch of the Pa Enua domestic packages, Island Hopper Vacations were run off their feet with enquiries from people looking to scratch their travel itch.

Island Hopper managing director Robert Skews said there was some collective thought at exploring new ideas and new ways to travel in and around the Pa Enua.

“This paved the way in developing two new product offers: visit the southern group or the northern group in six nights without having to return to Rarotonga,” Skews said.

“It just shows that Cook Islanders want to explore their country and this is the perfect time to do that when they are not travelling anywhere else,” Melvin said.

“It’s good to see people behind the scenes working hard to come up with new ideas.”

“It’s a great idea to generate some revenue for the outer islands, but I’m not too certain whether this is something that can be sustained.”

In the meantime, if you missed out on the Northern and Southern Pa Enua packages, you can contact Island Hopper to be placed on the waitlist.