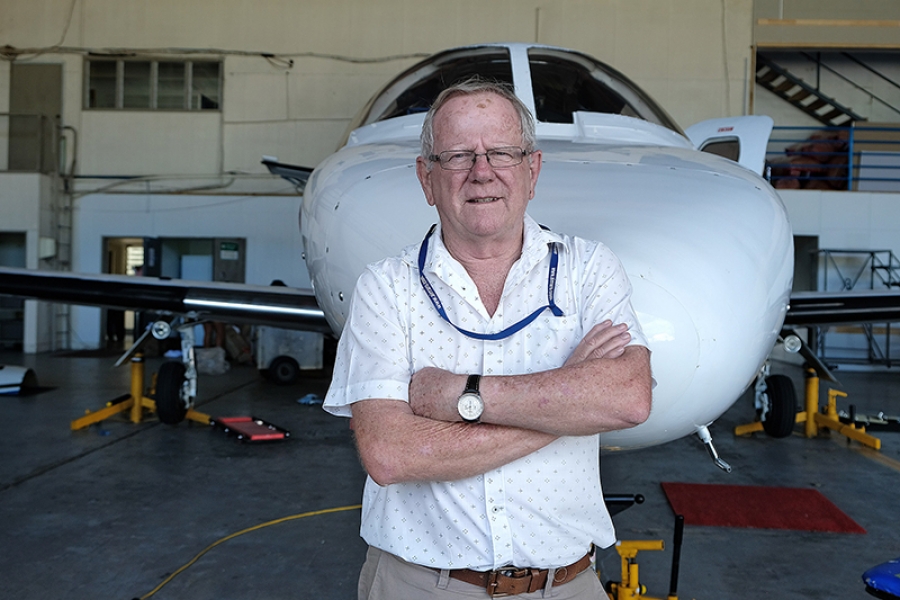 Opening up the Northern Cook Islands to special interest tourism could be just a year or two away, according to Air Rarotonga's CEO Ewan Smith. 19091349

Engineers have inspected the Cooks’ most remote runways as the local airline talks with government about upgrading the Northern Group’s coral runways.

It comes after the airline announced it was adding a second Saab 340BPlus 34 passenger turbo-prop to its fleet, later this year.

The new aircraft was previously operated by Japan Airlines subsidiary JAC and is presently undergoing maintenance in the USA in preparation for its delivery flight to Rarotonga and induction into the airline’s fleet in October.

The second Saab will add capacity initially to the Rarotonga-Aitutaki route with the potential for regional charter flights to Tahiti and Niue.

The new aircraft has been the catalyst for Air Rarotonga entering discussions with government about upgrading the runways on Manihiki, Penrhyn and potentially Pukapuka – to allow regular scheduled flights there.

Saab flights into the Northern Group would substantially reduce the cost of travel for local people on the back of specialised small-scale tourism to the North, Air Rarotonga chief executive Ewan Smith said.

At the moment a flight to the Northern Group is around $1300 each way. If the new service eventuates this would reduce by more than half, Smith envisages.

Smith says there is a lot of “commentary” about the cost of flying to the Cooks’ outer reaches – but the facts are that it is 1300 kilometres up there to coral runways that can accommodate small aircraft only.

“The consequences of that is we are very limited in the payload we can carry – a 15-seat Bandeirante can carry only seven or eight passengers. That’s why it so expensive along with logistical expenses such as shipping fuel up there.”

“Initially the new aircraft will supplement capacity to Aitutaki at peak times. We are also preparing for some regional charter flying to Niue and Tahiti as required.”

But Smith said he’s most excited about the positive discussions he’s having with government to open up air travel to the northern islands.

“If we can find a commercial solution to open up air access to the Northern Group, without relying on taxpayer subsidies, then it will be a great achievement,” he said.

“These new aircraft require a paved runway and we’ve made a commitment to government that if those runways are upgraded then we will offer a weekly scheduled service to the north.”

Just a couple of weeks ago the director of Civil Aviation, Dennis Hoskin, and an engineer from the New Zealand company that upgraded the Aitutaki runway back in 2003, visited Manihiki and Penryhn to evaluate the airstrips and to come up with a proposal to upgrade them to accommodate the new Saabs.

Final upgrade plans would need to go out for tender if the government decides to pursue the idea.

“It’s quite a substantial project and our discussions with government are in the preliminary stages but essentially our position is, we are the air operator here and we’ve said, ‘look, if the infrastructure can be upgraded up there, then we’ll make the commitment to schedule services at much improved economics’.”

Smith believes there are seasoned world travellers who are looking for experiential holidays in the world’s remotest places and with a specific Northern Group marketing plan there could be enough custom to essentially subsidise scheduled weekly flights to the north.

“These are people that want an authentic experience, they don’t want to stay in hotels. They want to meet the people that live in those places and do what they do.

“We’ll develop product around the experience we’ve gained with our atoll excursion with our jet. It’s given us experience and exposure to a boutique market we’ve not seen before.

“It’s different to what we see here on Rarotonga and Aitutaki, it’s a different demographic altogether. It’s people who seek places that are very, very different, and very unique.”