Revival of Reo Maori – not Kuki 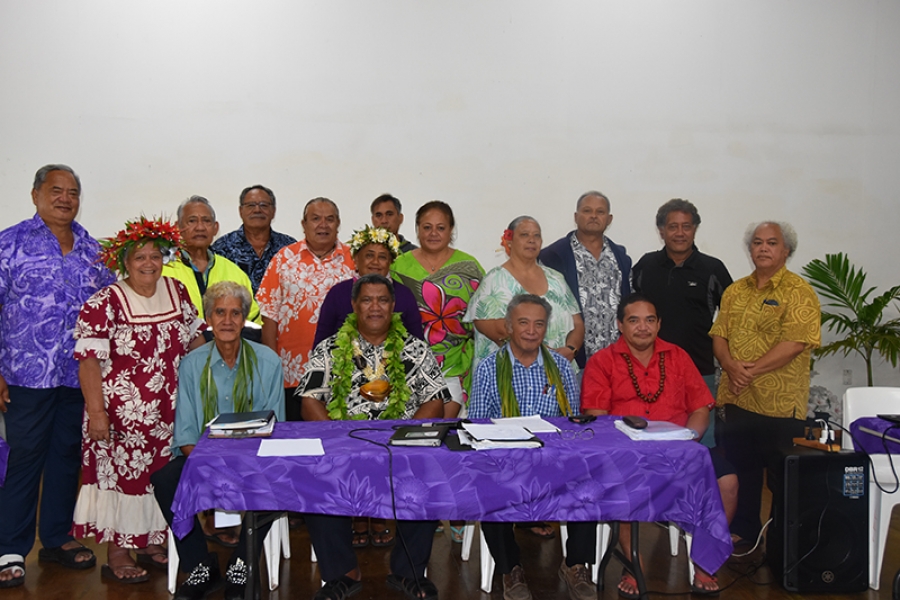 It was agreed that the Ui Ariki should initiate the name change, and recommend it to relevant authorities including Cabinet. Te Kopapa Reo Maori, the Maori Language Commission, will hold further meetings to refine its position on the matter.

It comes amid controversy around the place of Captain James Cook in history; this week his famous statue in Gisborne, New Zealand, was defaced with the words “this is our land” and “thief Pakeha”.

Cook’s visit to New Zealand, 250 years ago this year, was marred by his crew shooting and killing three or four New Zealand Maori on their first encounter near today’s town of Gisborne.

He mapped this country four years later, going ashore on Palmerston but never sighting Rarotonga. Half a century later, the Russians named the islands in his honour.

Today, there is growing enthusiasm to give the country a name in the “strong and thriving” Maori language.

The first Tauranga Vananga Kopapa Reo Maori week focused on the language’s pronunciation, how it is spoken with family, societies, along with customs and the pe’e (chants) we practise today.

George Paniani, chairman of Te Kopapa Reo Maori, said yesterday: “We are not at risk of losing our Maori language.”

But there is work to be done in protecting some older words. “There are particular traditional Maori words or ‘kupu maori’ that are not used much today, the problem then is that people don’t even know of these old words and they’ll fade away if they are not widely spoken.”

In the Pa Enua, their own Maori languages are widely spoken. The language commission reject the descripton of those languages as “dialects” or takanava reo.

Paniani says “calling the languages of the Pa Enua a ‘dialect’ gives a false impression and disrespect for each island and their languages.”

“Each of the Pa Enua have their own reo (language) e.g. Aitutakian, Maukean, Mangaian, Pukapukan… and for every island, they each have their own dialect that usually comes from each district,” he explains.