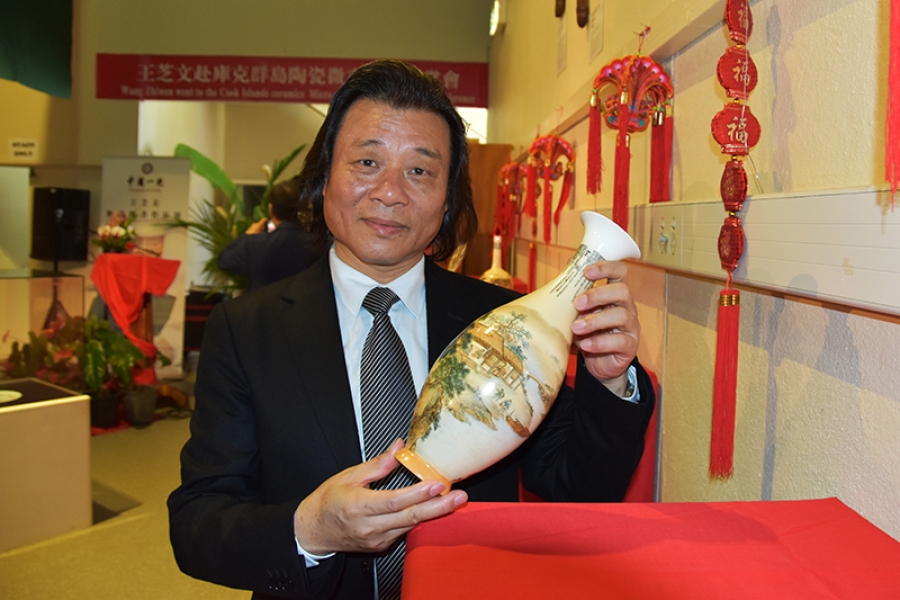 Micro-calligraphist Wang Zhiwen with one of his pieces at the Cook Islands National Museum yesterday. 19111109

Event organiser John Hong said this was the first exhibition of its kind held in the South Pacific region.

Hong said they brought a dozen pieces for the exhibition which is being eyed as a way to strengthen relationship between the two countries.

“It’s part of the cultural exchange. We are now holding talks on hosting the Cook Islands in China to give them a chance to do an exhibition there,” Hong said.

Zhiwen, who started his career in the 1990s, make all the special brushes and ink himself. He once spent seven years to write 350,000 traditional Chinese characters on a narrow container which is only 85cm tall and 29m long in diameter.

The exhibition was sponsored by Guangdong China Association for the promotion of Chinese culture and supported by New Zealand Intangible Cultural Heritage Centre, Kawawaka Pacific Partnerships, Cook Islands Ministry of Cultural Development and the Cook Islands National Museum. The Ceramics Micro Calligraphy Art Museum from Shantou City was the co-organiser.