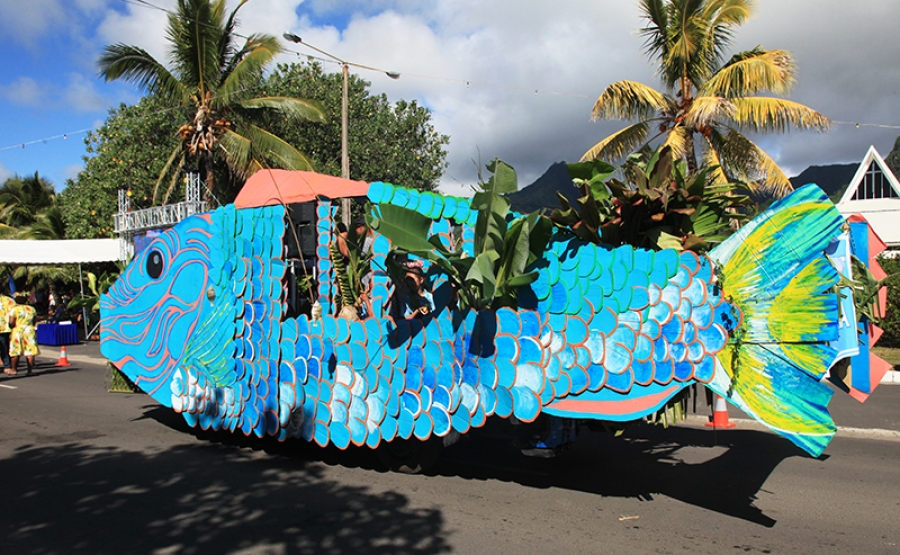 Today’s Te Maeva Nui float parade with feature a total of 38 floats and is guaranteed to be plenty of fun.

All 14 teams competing in this year’s Te Maeva Nui will participate, with the theme, “Phases of the Moon”, featuring prominently.

Float parade organiser Justina Nicholas said the lead-up to the opening of Te Maeva Nui was always a busy time of year, but she was looking forward to the celebrations finally starting.

“The phones just don’t stop, but that is just part of the work and organising that goes into an event like this.

“We probably start planning for the parade months earlier and of course things really start to take shape once all of the Pa Enua people arrive here in Rarotonga, but this is just part of the fun and excitement of Te Maeva Nui.”

Nicholas said a concern in last year’s parade had been the number of floats whose constructors hadn’t taken into consideration the height of some of the trees along the main road, and this had caused delays.

This year, that would hopefully not be a problem, she added.

“It seemed like many of the floats thought the higher their creations, the more chance they had of winning. Hopefully this year, everyone will have floats that are nice and easy to manoeuvre.”

As part of this year’s parade, there will be for the first time, a separate competition for non-Te Maeva Nui floats.

Prizes for the best schools, community, business and government floats will be offered, with $14,000 of prize money to be handed out.

Despite early indications the weather might not cooperate, Nicholas said the event would continue, “rain, hail or shine”.

The official opening of Te Maeva Nui will begin at 1pm with an opening prayer and the lighting of the Te Maeva Nui flame before the floats take to the main street.