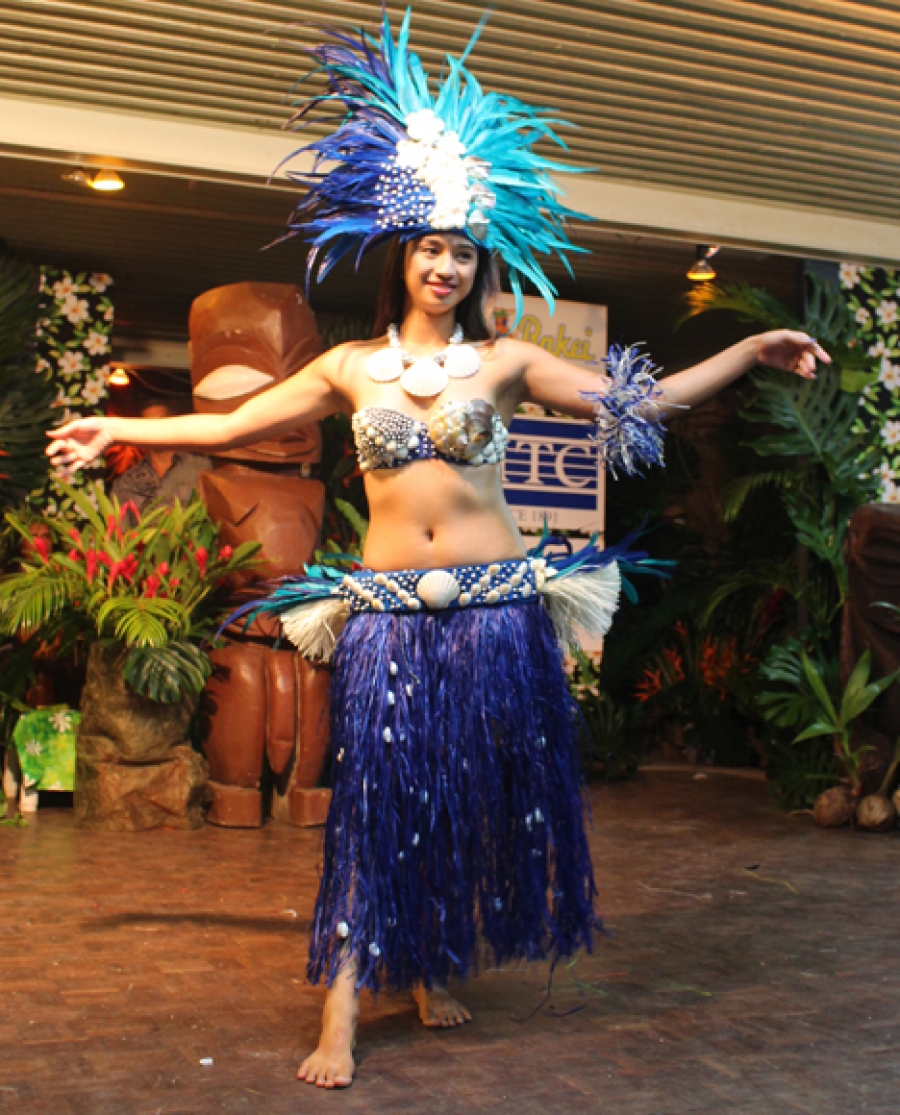 The inaugural Rakei Manava competition held at the Edgewater Resort on Wednesday evening was stunning.

In fact, it deserves to become an annual event on the Te Maeva Nui calendar.

Sponsored by CITC and the Edgewater Resort and Spa, it had colour, creativity, natural resources, excitement, beautiful graceful models, dancing and even some fire. And it prompted plenty of ‘oohs’ and ‘aaahs’ from the audience.

If you ever are in need of a band that doesn’t believe in taking breaks, look no further than Raro’s version of the Jersey Boys – Puai Ava and the talented Mere Darling.

They performed for almost four hours before they had their first break! They were singing and strumming as guests arrived, performed all the way through the show which saw 35 incredibly individual and creative costumes on parade. And just when they thought they finally had a break, after five minutes away drinking as much water as they could, they were called back by MC Janette Brown to provide some backing for an informal bracket from Aunty Mabel and Nia Heather – who first sang together over 40 years ago.

The Rakei Manava event had something for everyone. The beautiful costumes would have taken hundreds of hours to create. Most of the materials required harvesting or gathering, cleaning, in some cases, cooking and carving before being carefully pieced together. The level of detail involved was impressive and an indication of the talent, vision and patience of the creators.

It’s a cliché I know, but I did not envy the judging panel. Fortunately my lack of sewing ability will prevent me from ever having their job. The three judges – Elmah McBirney, Minar Henderson and Papatua Papatua, were in their element. Each of them accomplished designers and well known for their incredible creative abilities they had their work well and truly cut out for them.

From the initial 35 garments we saw, the judges chose nine standout garments created by seven designers as the prizewinners. They collectively won $25,000 in cash prizes sponsored by CITC.

No Cook Islands event can be truly judged a success without great food. And the Edgewater did not fail to deliver. It was delicious. And who ever made the rukau which can best be described as being like layers of “filo” like rukau lasagne, deserves a medal!

Well done too to Diana Clark-Bates, whose own creative vision has made Rakei Manava a reality.

More about the winning designers in Saturday’s CI News.