Heroes try in vain to save man 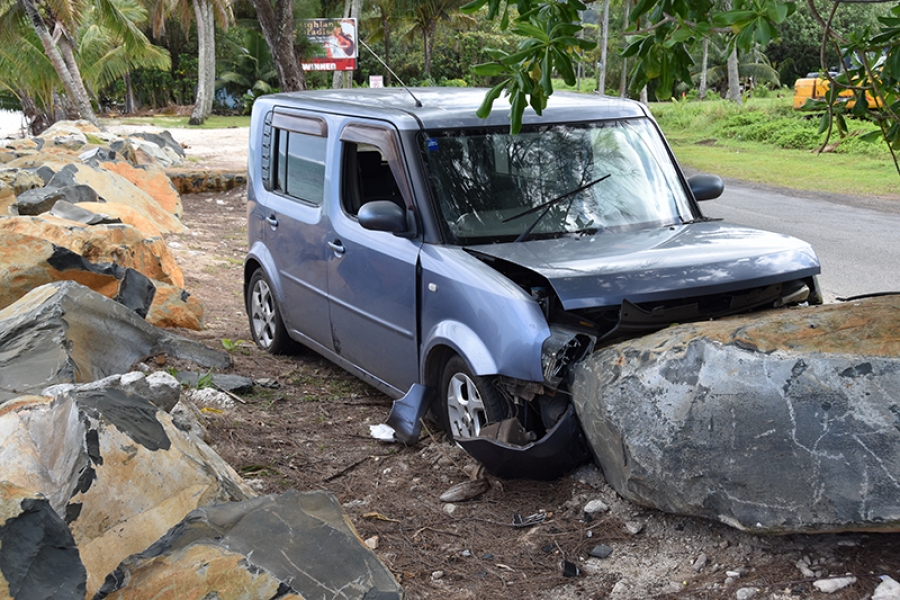 The woman's car opposite the Sheraton at Vaimaanga. 19090207

Witnesses have expressed concern about how long it took emergency services to get to a car crash in which a man died this weekend.

A 60-year old man was found dead in his car in the crash at Tepuka, Nikao – just down the hill from the hospital.

Joan Aydalla was driving east along Ara Metua, just past the golf club, at 1.15pm on Saturday.

“I saw a white pickup truck crashed into a big tree,” she said. “There was an old man inside – he was not moving.”

Men were desperately trying to move the heavy tree trunk that was pinning him inside the vehicle.

“There were two men directing traffic, and moving a big tree that had fallen on the truck. Nobody could get to the man to help him.”

She said the police car arrived about five minutes after she did – but there was still no sign of the ambulance.

“The hospital is so near. I think it was taking too long for the ambulance to get there, in my opinion.”

Another witness, Mark Serito, said the vehicle had crashed onto a tree causing damages to the engine cover. He passed by after Aydalla – but there was still not sign of the ambulance.

Police said they were not notified about the crash at 1.18pm; by the time the attending officers arrived, a doctor and a passing police officer were already at the scene.

Police were not immediately able to confirm the cause of the crash or how the man died, said police spokesman Trevor Pitt. They were continuing investigations.

“A medical report is expected to be considered by the Coroner.”

In another accident, a female driver has been admitted to the Rarotonga Hospital after crashing her motor vehicle into big boulders at the Vaimaanga main road.

Trevor Pitt said the crash occurred on Sunday night opposite the Sheraton. The driver was admitted with a leg injury. Police has sought a blood specimen analysis to see if she was under the influence of alcohol.