Handgun seized at scene of ‘domestic’ 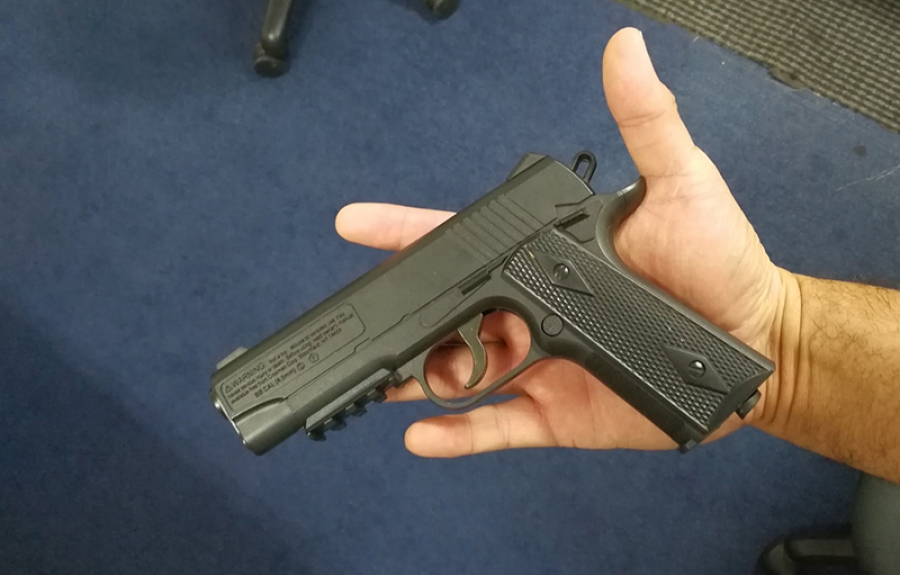 The handgun seized by police at the scene of a domestic incident at Nikao on Thursday. 18072040

An air-powered handgun was confiscated by police who called out to a domestic disturbance at Nikao on Thursday.

A Cook Islands Police Service spokesman said the owner of the .177 pistol had been spoken to by police and it was the second incident involving firearms in the space of a week. The spokesman said an air rifle had been seized last week after member of the public reported seeing a man carrying it near a beach bar at Nikao.

Police were not treating the latest incident lightly due to compliance failures by people in possession of guns and a slow response to last year’s firearms amnesty, the spokesman added.

In other police news, what was described as a “sizeable” amount of cash was reported stolen on Friday after a break-in at a Panama property

Two motorcycle crashes in the early hours of Friday morning that appeared to be alcohol-related, prompted police to seek blood specimen samples from the drivers.

The spokesman said one incident occurred on the main road in town shortly after midnight while the other occurred at the Avatiu roundabout just before 3am. The drivers involved in both of the crashes sustained minor injuries.

Police officers had to run after a man in the early hours of Friday morning when a suspect wanted for questioning fled at Vaimaanga.

A Cook Islands Police Service spokesman said the man ran along a beach area and into the water trying to evade the police, but was apprehended. The man was wanted for breaching a court-ordered curfew and was also sought in connection with a break-in. He had earlier been identified in security camera footage concerning an incident on Thursday.

Police are also following leads after a burglary was reported late on Thursday night. Missing from the Vaimaanga holiday home was computer equipment, passports, wallet with cards and cash. The property was subsequently found, minus the cash.