Tuesday 5 May 2020 | Written by Rashneel Kumar | Published in Crime 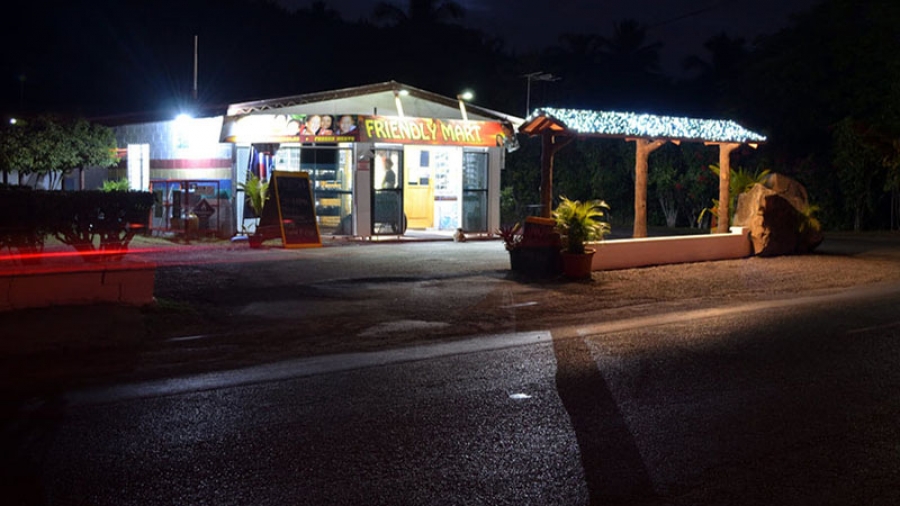 The accident happened outside the Friendly Mart in Arorangi, shortly after nightfall. 20050414

Speeding contributed to the death of a motorcyclist in Arorangi on Sunday night, police say.

The accident, which happened near the Friendly Mart store at 6.37pm, claimed the life of a man in his late 20s.

The man, who was not wearing helmet, died at the scene.

As the community comes to terms with Sunday’s crash, police yesterday reported another motorcycle accident at 8.23am near Harley Street in Nikao.

A 16-year-old licensed driver was taken to hospital in an ambulance. Police and the Ministry of Health were unable to provide details on his condition.

Authorities have been pleading for care on the roads, saying there is less medical capacity to deal with road accidents as they turn over Rarotonga Hospital as a Covid isolation centre, if needed.

Nurses have been dispersed around the 10 puna, and there are few flights out to med-evac injured motorists.

However, he confirmed speeding was one of the contributing factors that led to the fatal crash.

The deceased, who was believed to be heading towards town, crashed on his side of the road.

The helmet law requiring all motor scooter and motorcycle riders and their passengers to wear approved helmet comes into force on June 26, 2020.

The law was part of the Transport Amendment Bill, passed in Parliament in March.

Prime Minister Henry Puna earlier said helmets would have saved lives in almost all of the fatalities on Rarotonga roads in the past five years.

The new law also lowers the legal breath alcohol limit from 400mcg to 250mcg, and bans the use of mobile phones and earphones.

These laws are already being enforced by the Cook Islands Police.