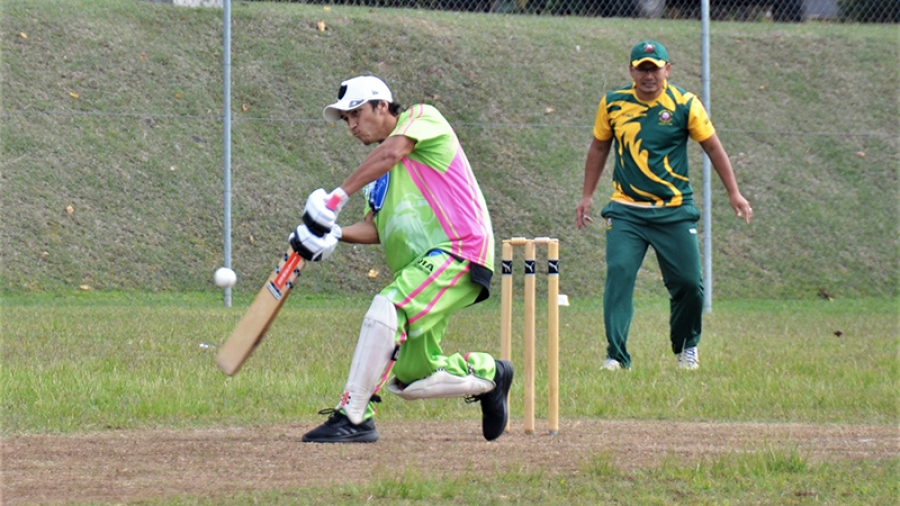 Newbies K-11 will take on Turangi in the feature match of round two in the Rarotonga Cricket Club competition this weekend.

Turangi men’s side will be bracing for a tough challenge in the weekly club competition today.

The side made a grand start to their season last week with a huge win over TKV. However, in round two match, Turangi will face a new side K-11 made up of former Tupapa players.


Defending champions Turangi had a dream start after recording a huge 202 run win against a hapless TKV. Turangi’s Richard Piakura also scored the first century of the season after smashing 102 runs to amass a massive 291 runs in the opening innings. Piakura was supported by Tutu Tangimetua, who managed 99 runs.

In the other men’s matches today, Tupapa will host TKV at Victoria Park. Tupapa went down to Arorangi in round one.

At Raemaru Park, Arorangi will be looking for their second win when they host Matavera. Former champions Matavera had a poor start to their season after going down to one of the competition favourites Nikao.

Nikao will head down to Nukupure Park to play Muri who will be looking for their first win after their loss to K-11 last weekend.

In the women’s matches, the unbeaten Tupapa will host TKV, Arorangi will take on defending champions Matavera and Muri will play Nikao at Nukupure Park.

Matavera also made a strong start to their campaign beating Nikao by 99 runs. Bowler Tokoono Pana was impressive for the side in round one after picking six wickets from four overs, conceding only six runs.

The matches will kick off at 12.30pm with the women’s game followed by men’s at 3pm.