Top of the table clashes 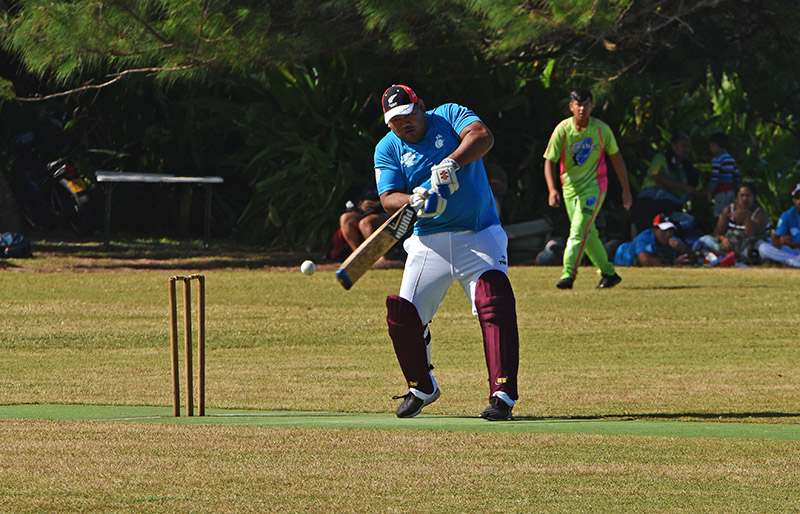 Defending champions Turangi and Matavera remain on track in the Rarotonga Cricket Club Competition after three wins each.

Turangi men’s side defeated arch-rivals Nikao in round three match last week to maintain their lead in the weekly competition.

The defending champions share the lead with Arorangi who are also unbeaten from three matches.

In the much-anticipated battle against Nikao on Saturday, Turangi batted first and scored a superb 195 runs, thanks to Richard Piakura’s 73 and 25 runs from Tupuna Jessie.

Turangi bowlers Mapu Maoate, Vane Tangimetua Sr, Tutu Tangimetua and Vane Tangimetua Jr were superb with their throws. Maoate who bowled four overs managed a wicket and a maiden while conceding only 11 runs.

Turangi will play minnows and neighbours Muri at home tomorrow.

Nikao will be going all out to redeem themselves this weekend against the unbeaten Arorangi at their home ground.

In the other round four men’s matches, Tupapa will take on Tupapa K-11 while former champions Matavera will play TKV at the Happy Valley.

Tupapa K-11 bounced back to winning form last week after the loss to Turangi in round two.

Against TKV on Saturday Tupapa K-11 batted first and scored 188 runs from their 20 overs. Osolai Akai was the top scorer with 45 runs.

In reply TKV managed only 76 runs and were bowled out in the 10th over.

Tupapa K-11’s Ben Vakatini was the best of the bowlers, bagging five wickets from his four overs.

Davis Teinaki, the chief executive of Cook Islands Cricket, said: “So far Turangi and Arorangi are the leading teams in the men's competition. Game of the week will be between Nikao and Arorangi. Nikao will try their ultimate best to topple Arorangi coming from a loss last week against Turangi.”

In the women’s competition, TKV will host defending champions Matavera at the Happy Valley, Nikao will battle Arorangi at home while Turangi will face Muri in the top of the table clash at Turangi Oval.

“Turangi, Muri and Matavera are leading the women’s competition. The game of the week is between Turangi and Muri.”