Top of the table clash 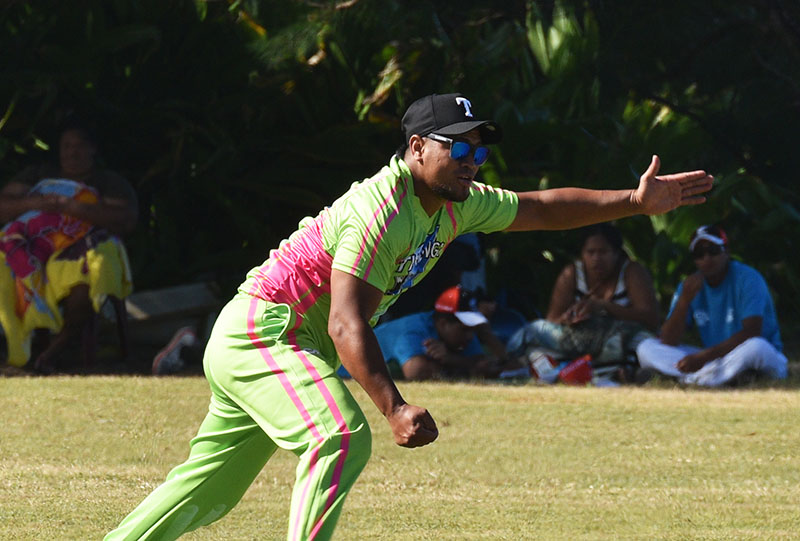 A Turangi bowler celebrates after picking up a wicket in last week’s clash against Tupapa K-11. 21092002

Defending men’s champions Turangi will take on Nikao in the top of the table clash in round three of the Rarotonga Cricket Club competition this afternoon.

Both teams are undefeated in the weekly competition with Turangi leading after two big wins.

The much-anticipated match will be played at Nikao Field.

In reply, a composed Turangi cruised to overcome the runs in the 13th over, handing them a big eight wicket win.

In round one, Turangi recorded a massive 202 run win against a hapless TKV.

In the other men’s matches today, Matavera will host Tupapa while unbeaten Arorangi will test their mettle against Muri at Raemaru Park.

Tupapa K-11 will be hoping to get back to winning ways when they host TKV at Victoria Park.

Nikao will take on last year’s runner up Turangi at Nikao Field while Arorangi will host Muri.

The women’s matches will start at 12.30pm followed by the men’s at 3pm.