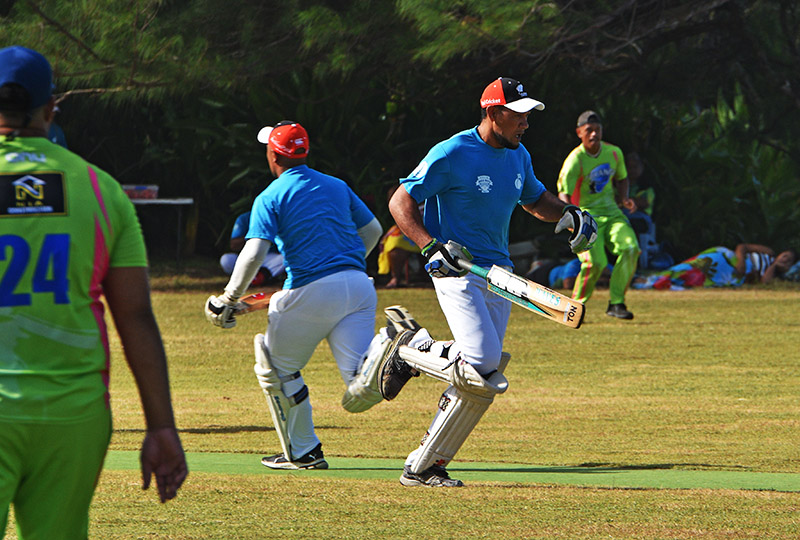 A superb fielding effort from Arorangi handed them the win in the Rarotonga Cricket Club men’s competition over the weekend.

Arorangi remains unbeaten in the weekly cricket competition, thanks to their effort especially in the second innings of the crucial encounter against Nikao on Saturday.

The game of the week was played at Raemaru Park in Arorangi.

Arorangi batted first and scored 154 runs from their 20 overs.

Dan Simpson, their on-form batsman, again top scored with 36 runs, he was well supported by Maka with 30 runs.

Pick of the bowlers for Nikao was Teokoitu Pana, who grabbed two wickets from four overs, conceding 29 runs.

In reply, an awesome effort from Arorangi fielding restricted Nikao to a mere total of 118. Patiiamai Ataela, who looked threatening with the bat, top scored with 44 runs.

“Another superb bowling display from Tomasi taking two wickets from 3.1 overs with a maiden and only conceding four runs,” said Davis Teinaki, the chief executive officer of Cook Islands Cricket.

Arorangi won the match by 36 runs, handing Nikao their second loss after earlier defeat to Turangi.

Turangi also maintained their unbeaten run against Muri on Saturday.

In the match played at Turangi Oval, Muri batted first and scored 118 runs.

A tremendous bowling from Turangi put a lot of pressure on the Muri’s batting line up, Teinaki reports.

“Turangi as usual had no trouble with their run chase as they won again,” Teinaki said.

In the other men’s match, Tupapa K-11 maintain their pursuit for top spot after beating Tupapa by 84 runs at Victoria           Park.

In reply Tupapa only managed 145 runs.

In the women’s competition, the unbeaten Turangi and Matavera maintain their lead after superb wins on Saturday.

In the top of the table clash, Turangi battled the previously unbeaten Muri at home.

Muri batted first and scored 165 runs from their 20 overs. Margaret Simiona was top scorer with 52 runs.

In reply, Turangi chased the Muri total in the 18 overs with Iva Piakura smashing top score of 65 runs.

Arorangi won their match against Nikao, who remain without a win.

The competition will enter round five this weekend.