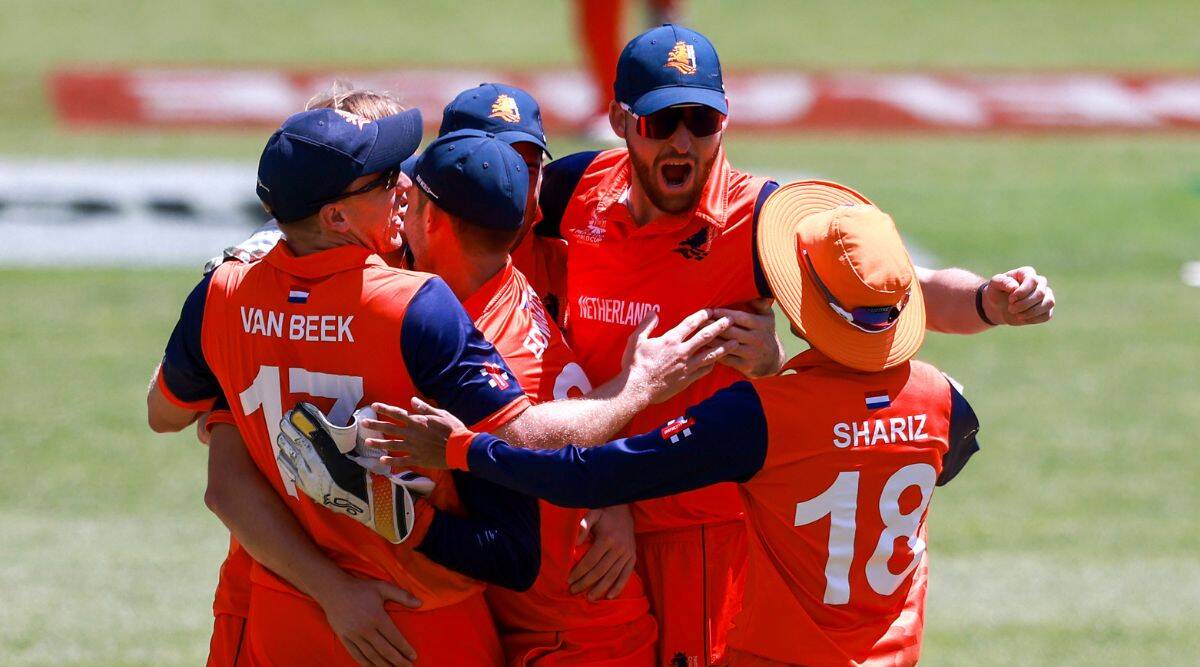 Serial chokers South Africa once again crumbled in a must win game. Pakistan gleefully accepted the opportunity presented to them and sealed a spot for themselves in the T20 World Cup semi finals along with India. Cricket analyst Rahul Patil reviews all the action from Australia.

We have all seen this before. South Africa dominating the early stages of a world tournament but come the crunch time they just seem to fall apart in the most dramatic fashion. All they had to do to qualify for the semi finals was to beat the Netherlands. South Africa is ranked number three in the world in T20I, Netherlands is ranked 17th. But as this tournament has proven time and again it’s just impossible to make predictions of any sort.

Batting first, a gritty Netherlands side put up a decent score of 158. After the game South Africa’s outgoing coach Mark Boucher listed the lack of energy by his side in the field as one of the reasons for the defeat. If it was the lack of energy in the field then it was the lack of partnerships with the bat. The highest partnership for the South Africans chasing 158 was 26. The top six all got starts but not one of them managed to convert it into a match winning contribution.

A visibly dejected Temba Bavuma after the match admitted that when it mattered they just couldn’t get the business done. Asked about his own future as South Africa’s captain, Bavuma said that he doesn’t want to make any emotional decisions but will definitely think about it. The Netherlands by virtue of finishing fourth in the group now get a direct entry into the next T20 World Cup.

Pakistan vs Bangladesh - Bangladesh won the toss and elected to bat first.

South Africa’s loss handed both Bangladesh and Pakistan an unexpected lifeline. The equation for both sides was simple. Win the game and win a ticket to the semi finals. On the day though it was Pakistan who snatched the moment and booked a spot for themselves in the top four. The match though was not without its share of controversy.

Bangladesh’s captain Shakib Al Hasan was given out LBW in the 11th over. Shakib immediately reviewed the decision as he was confident he had hit the ball. The replays showed on the big screen that Shakib had indeed hit the ball. The Pakistani fielders too went back to their fielding positions as it was clear that the on field decision would be overturned by the third umpire. But in a bizarre turn of events the third umpire ruled that there was no bat involved and asked the on field umpire to stay with his original decision of out. Shakib was shocked and so was everyone watching the game.

Bangladesh never recovered from that setback and only managed to put on 127 on the board. Pakistan had a few nervous moments in the run chase but in the end, they won comfortably by five wickets and with 11 balls to spare.

As always, it’s been a whirlwind tournament for Pakistan. Heart break, humiliation, joy, ecstasy and a new lease of life all within a two-week period.

India vs Zimbabwe - India won the toss and elected to bat first.

South Africa’s loss to the Netherlands had confirmed India’s entry into the semi finals but a win against Zimbabwe would give them top spot in Group 2 and a semi final date against England in Adelaide whereas an upset would have kept them in second place in the group and a semi final against New Zealand in Sydney.

India ensured there was no upset and dismissed Zimbabwe’s challenge in clinical fashion. The architects of their victory were Suryakumar Yadav and KL Rahul with the bat and the entire bowling unit with the ball. I must be honest and say that I am at a loss of words to describe the brilliance of Suryakumar Yadav. He is at the peak of his powers currently and plays ridiculous shots all over the field. When he is on song which is pretty much in every game it is impossible to stop the flow of runs against him and the other semi finalists will now be spending a lot of time discussing how to get him out.

Qualifying for the semis with eight points (highest across both groups) and a good net run rate, India have looked like the most consistent team of the tournament. Could they keep the juggernaut going for two more games? Time will tell.

After two weeks of some mind blowing cricket, we now have our semi finalists. New Zealand vs Pakistan in semi final 1 in Sydney and India vs England in semi final 2 in Adelaide. Only two of my pre-tournament predictions i.e. England and India are in the reckoning for the title and only one of them will play in the final. Despite all the rain it’s been an exciting tournament to watch for sure. Hopefully the knockouts are the icing on the cake.