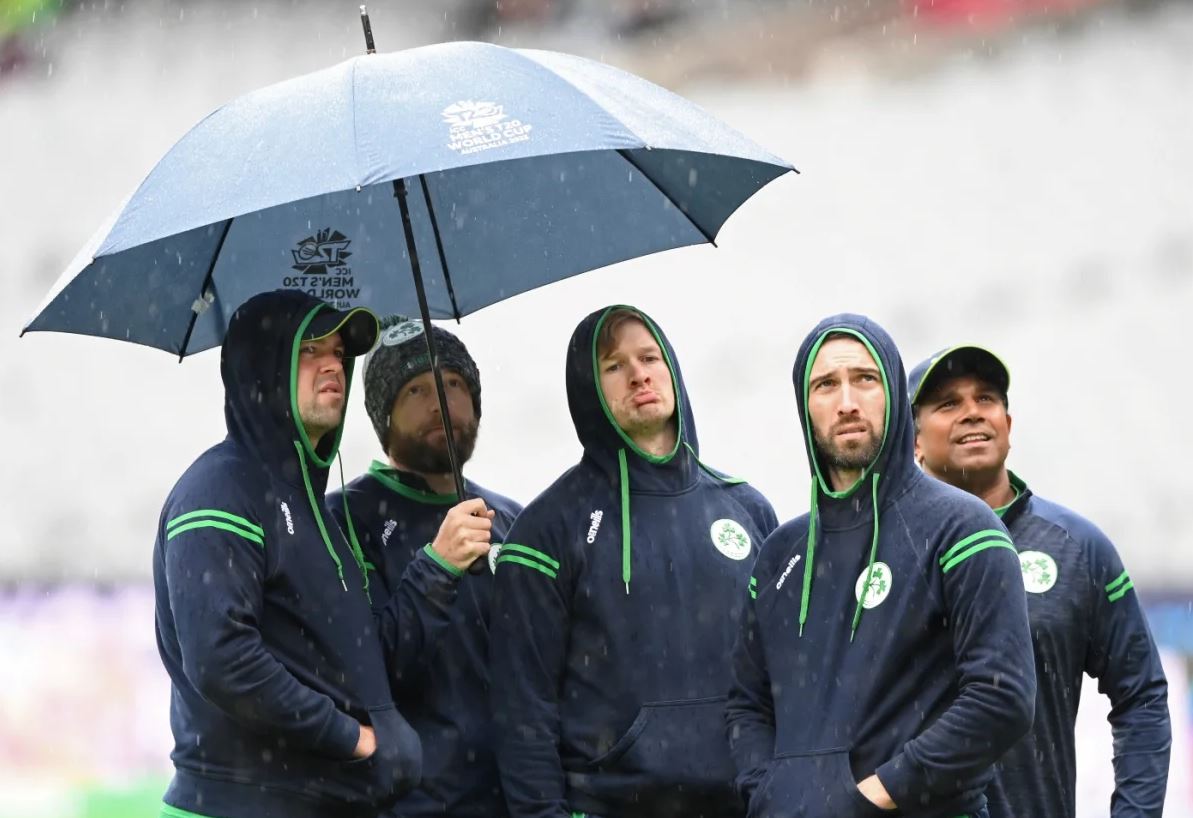 Cricket is a summer sport. It is one of the few sports in the world that cannot be played in the rain. The reasons for this are many. The pitch gets damaged, the outfield becomes slippery and players safety is compromised, the ball gets wet and becomes difficult to grip and the batters have to deal with poor visibility.

A lot of questions have been raised around the scheduling of this World Cup in the month of October/November in Australia. To be fair to the organisers though, the Sheffield Shield (Australia’s domestic first class competition) is played every year at this time without any significant weather related interruptions. It is just unlucky that the T20 World Cup has coincided with some of the wettest periods in Australian history.

But in a cricket world cup where so much is at stake is it ok that four out of 14 matches in the Super 12 stage so far have been abandoned due to rain? Is it not time for the ICC to eliminate the threat of rain by playing at stadiums with a roof? The purists might argue that the weather is a key element of the game of cricket and playing indoors will be tampering with the fundamentals of the game. But if the option is indoor cricket or no cricket, I know what I would vote for.

The other factor to consider is the emotional one. Think about Afghanistan for example. They had two matches scheduled at the MCG. Only two or three of their players have played at the historic stadium before. For the rest it was a lifelong dream and once in a lifetime chance to play cricket there and display their skills in front of thousands of fans. Who knows when they will get that opportunity again?

The fans are equally disappointed when a match is washed out. Yes, they get a refund of their ticket money but I am sure they would rather prefer to see their favourite stars in action. International cricket is now a commodity worth billions of dollars and if the ICC wants to expand and grow the game it cannot afford to lose any more cricket matches because of rain. It is well and truly time to put a lid on it (pun intended).

If we look at the tournament table, Group 2 has not been affected much. The only game abandoned in this group due to rain was the South Africa versus Zimbabwe clash. Both those teams are currently in second and third place respectively behind table toppers India. If the rest of the results go as expected then India and South Africa should make it to the semis from this group. I had picked them to go through at the start of this tournament and it’s good to see my prediction still holding strong.

Group 1 on the other hand is where all the action is. We have four teams currently on three points and only separated by net run rates. The remaining two are on two points each. Mathematically all six teams are still in with a realistic chance of making it to the semis. I had picked Australia and England to go through to the semis from this group but with a game in hand and an awesome net run rate New Zealand look set to spoil the party for one of these two teams at least.

If we lose any more matches to the rain then the credibility of this World Cup will be questioned and for that reason alone I genuinely hope that the rain does indeed go to Spain.