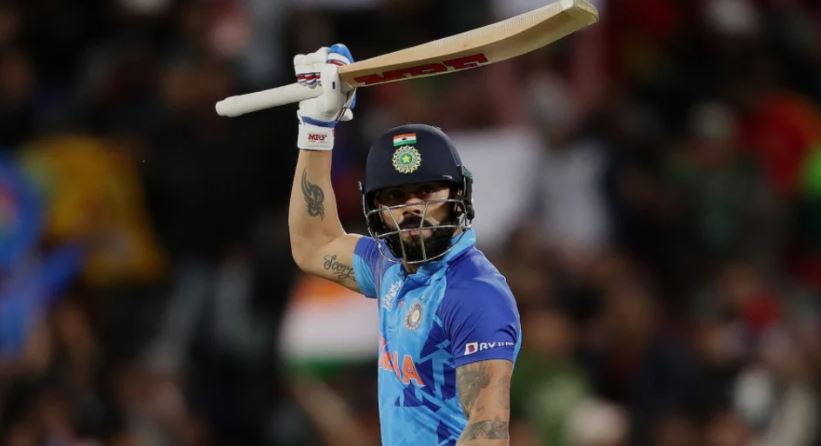 Virat Kohli went past Mahela Jayawardene’s mark for the most runs in Men’s T20 World Cup history when he reached 16 against Bangladesh in Adelaide. GETTY IMAGES/22110210

The rain has definitely played its part in making the 2022 T20 World Cup an interesting one and its presence once again in the India versus Bangladesh game produced a nail biter. Rahul Patil analyses all the action from the double header in Adelaide.

Netherlands vs Zimbabwe - Zimbabwe won the toss and elected to bat

Zimbabwe were extremely disappointed with their performance in a must win game. In the post match press conference Zimbabwe coach David Houghton was frustrated with his side’s batting who only managed to put on 117 in 20 overs. For a brief period when Sean Williams and Sikandar Raza were batting it looked like Zimbabwe might recover from their disastrous power play of 20 for 3. But once Raza departed in a bid to up the ante the writing was on the wall. The Netherlands never looked in any sort of trouble and got to the target in 18 overs. Top scorer Max O’Dowd presented his credentials with an attractive 50 and saw his side home. Every team in Group 2 has now won a game in the Super 12 stage which just goes to show that in T20 cricket on a given day any team is capable of beating the other.

After the epic encounter against Pakistan I didn’t expect another nail biter from India so soon. A must win game for both sides produced such thrilling cricket that everyone watching unknowingly ended up on the edge of their seats.

Asked to bat first it was business as usual for India who piled on the runs. The good thing though was that they came from the bat of KL Rahul who until now had been struggling in the tournament. I genuinely think that there are two KL Rahul’s. One who was born to hit a cricket ball with freedom and clarity of thought and the other who scratches around with a muddled mind and makes batting look like an extremely cumbersome task. Thankfully for India the former arrived at the crease.

The Adelaide Oval and Virat Kohli are a match made in heaven. Kohli himself on various occasions has admitted that he gets a sense of comfort playing in Adelaide. Such is the bromance between the pitch and Kohli that it seems like he just has to turn up here with a bat in hand and the runs just start flowing. He brought up his third 50+ score of the World Cup against Bangladesh and in the process also became the highest run getter in T20 World Cup history. India set Bangladesh 185 to win but nobody could have predicted the drama that followed.

We are not sure if Bangladesh were aware that rain was around or was it just the fact that they were chasing a massive target but they began their innings in such furious fashion that it silenced all the Indian supporters at the ground. Litton Das looked like he was having a net session while clubbing the bowlers to all parts of the ground. His scintillating half century came up in 21 balls and when the rain arrived Bangladesh were 66 for no loss in 7 overs. At that stage if we had no further play then Bangladesh would have been declared winners as they were way ahead on run rate. Fate had other plans. The rain stopped, the ground staff did an awesome job of getting the ground ready for play and when play resumed Bangladesh were set a revised target of 151 in 16 overs i.e. they required a further 85 to win in 54 balls.

Rain delays normally are no good for the batters who tend to lose their flow and focus during the break. India on the other hand used the break to regroup, refocus and come up with new plans. On resumption Das added only one more to his total before being run out by an unbelievable direct hit from deep mid wicket executed by KL Rahul. A point to note was that Das did slip while running on the first two balls after play resumed. The second slip cost him his wicket. India got the much needed opening they were after and Bangladesh from that moment lost six wickets for 41 runs. Taskin Ahmed and Nurul Hassan tried their best to win it for Bangladesh with a quickfire 37 run partnership in 19 balls but it wasn’t enough and Bangladesh fell short by five runs. Their future in the tournament now depends on a miracle whereas India reaching the semis is now just a formality.

After the game a lot of discussion took place with regards to whether the ground was fit enough for play after the rain interruption. TV visuals showed that the Bangladesh captain Shakib Al Hasan was not happy for the game to restart. The other controversy was with regards to “fake fielding”. There was an incident when Bangladesh were batting. Virat Kohli pretended to have the ball in his hand and then pretended to throw it at the stumps. Any such act aimed at fooling the opposition is deemed unfair under the rules of cricket and a five run penalty is awarded to the batting side. On this occasion the on field umpires didn’t see Kohli in the act and hence no action was taken. Bangladesh lost by five runs. Could the penalty runs have made a difference to the end result? We will never know.