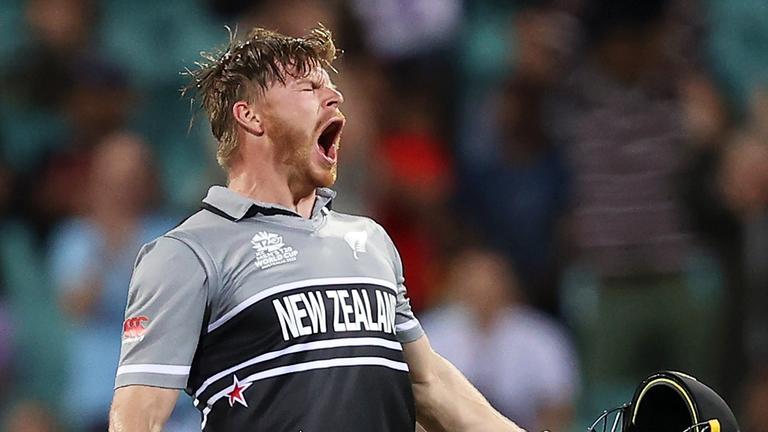 Fielding is a non glamorous aspect of the game of cricket. In a T20 game if you are a batter you could be out first ball but you still have to field for 20 overs. Similarly if you are a bowler and your first over is expensive you might not get a chance to bowl again but you still have to field for the other 19 overs. Sides that win consistently are normally good in the field too and vice versa.

Sri Lanka were terrible in the field during their game against New Zealand on Saturday. Bowling first they had New Zealand in trouble at 15 for 3 only for their poor fielding to literally let the advantage slip. Glenn Phillips was on 12 when Pathum Nissanka dropped a regulation chance. Captain Dasun Shanaka then dropped him again when he was on 45. Like all good players do, Phillips made Sri Lanka pay big for their lapses by scoring a swashbuckling hundred and singlehandedly took New Zealand to a par score of 167 in their 20 overs. The importance of his innings can be seen from the fact that the next highest score for New Zealand in their innings was 22.

Chasing 168 for victory Sri Lanka had no answers to the pace, swing and seam of the New Zealand fast, fast bowlers nor to the guile and accuracy of the spinners. The one-sided nature of this game can be seen from the fact that the entire Sri Lankan team scored 102 which was two runs less than Glenn’s individual score of 104.

In a fast bowling masterclass Trent Boult broke the back of the Sri Lankan innings picking up 4 wickets for 13 runs in his 4 overs. Boult has recently given up his central New Zealand contract to focus more on T20 leagues around the world. This means that in the future it is unlikely that he will play every Blackcaps game. New Zealand will definitely miss his services as he is currently one of the best in the world. For now though they will be hoping he can help them win their first world cup ever.