England thunder down under! 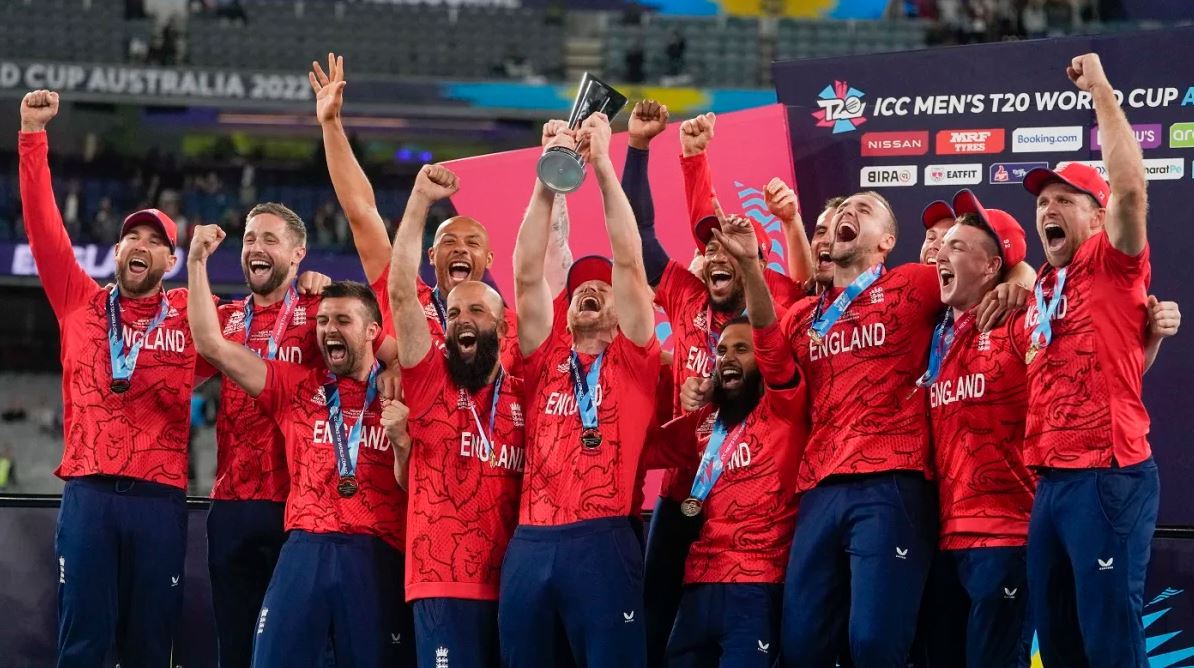 In front of 80,462 fans England performed like a well-oiled machine to end Pakistan’s dreams of repeating the heroics of 1992. They also became the first nation to hold both white ball world cups at the same time. Cricket analyst Rahul Patil reviews all the action from the final of the T20 World Cup 2022 from Australia.

The Final – Pakistan vs England – England won the toss and elected to field first.

Three years back England won the ODI World Cup final against New Zealand via a controversial boundary count back rule. England won the title but New Zealand won everybody’s heart. This time around while winning the T20 World Cup, England ensured they won both – the title and hearts too. They were by far the best side in the tournament and barring the blip against Ireland in a rain affected game, their campaign was spotless.

England’s win also puts to rest the theory that T20 is a young cricketers’ game. Moeen Ali and Dawid Malan are both 35. Adil Rashid and Chris Jordan are 34 whereas Chris Woakes, Alex Hales and Jonny Bairstow are all 33. Age can’t win you the world cup but your attitude can. England changed their attitude to white ball cricket after their exit from the 2015 ODI World Cup at the hands of Bangladesh. They are now not worried about losing while going for the win i.e. they play fearless cricket. The white ball transformation is now well and truly complete.

This was always going to be a contest between the planning and execution of England versus the flair of Pakistan. Like they did for India, England had plans for all the Pakistani batters. In the semi final India managed to get to 168 only due to a freak innings from Hardik Pandya but Pakistan had no such luck. They struggled to cope with the swing and change of pace of Sam Curran (3/12) and also against the guile of Adil Rashid (2/22). There were 47 dot balls in Pakistan’s innings. You cannot win T20 games with that stat let alone a world cup final. Pakistan finished with a well below par score of 137 in their 20 overs. Except the game against South Africa their batting hasn’t looked good all tournament and yet again they needed a miracle from their bowlers to bail them out.

Pakistan knew England were going to come hard at them. To win they had to bowl England out. They picked up three wickets in the power play but the aggressive lengths they bowled also provided England with scoring opportunities. Still at 84 for 4 in the 13th over Pakistan had a glimmer of hope but Ben Stokes anchored the run chase as only he can and took England to the title with an over to spare.

There has been a lot written about how Ben Stokes doesn’t warrant a place in England’s first XI but there is no hiding from the fact that he is England’s go to man in times of a crisis with bat, ball or in the field. He has made a habit of being in the thick of things for a number of memorable England wins. In the post match press conference captain Jos Buttler called him the best ever cricketer to have played for England. It shows the amount of respect the dressing room has for Stokes.

This was the first ICC event that I covered live as a media professional and it’s been a mind-blowing experience for sure. As a kid I still remember waking up at 4am in the morning in India to watch live cricket being played in Australia. SCG, MCG, The Gabba and The Adelaide Oval were holy places that followers of a religion called cricket dreamt about visiting. I not only visited them but got to watch and write about an entire world cup sitting in some of the best seats in the house. It wouldn’t have been possible without the support of my principal sponsors Island Craft Ltd and the backing of Cook Islands News, Cook Islands TV and Cook Islands Cricket Association. A huge meitaki to all of them.