Cricket’s top of the table clash 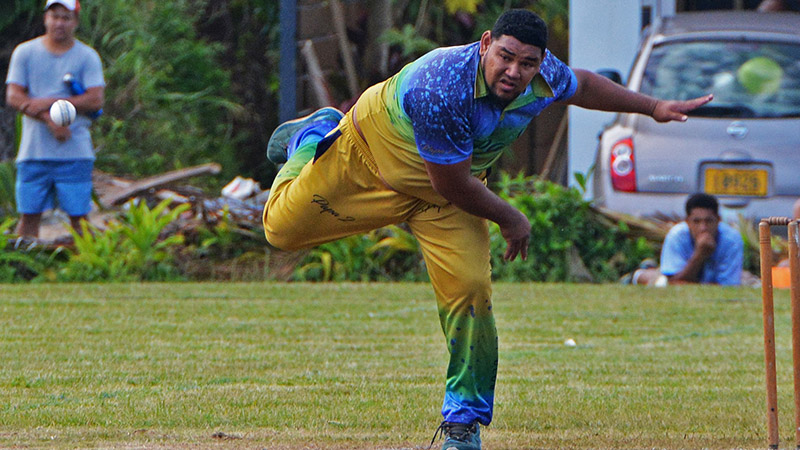 Tit-for-tat battles are expected in the final rounds of Rarotonga Club cricket competition.

An exciting battle looms in the Rarotonga Cricket Club men’s competition this weekend.

Table toppers Nikao will take on second placed Turangi in the top of the table clash on Saturday.

The round 13 match will determine which team will host the home semi-final later this month.

With one more round remaining in the preliminary competition, Cook Islands Cricket Association chief executive Davis Teinaki said both Nikao and Turangi have a lot to play for this weekend.

“Nikao is leading the competition with just a loss so far this season so they have a good chance of winning the round competition this weekend. If they win against Turangi then they will likely finish the preliminary competition on top and will get a home semi-final,” Teinaki said.

“If Turangi wins then we will have to decide the standings based on the net run rate of the two teams.

“After this weekend’s games, we will have one more round left in the men’s competition before heading into top four and bottom four playoffs.”

Nikao lost to Arorangi earlier in the second round, going down by five wickets in a close encounter at home.

In that match, Nikao batted first and were all out for 139 runs in the final over.

After a jittery start from their openers Ruarau Jr Ruarau and Melody Melota, who managed five runs each, Nikao improved their run rate through their middle order batsmen Junior Junior (24) and Maru Mataora (27).

But superb bowling from Pare Rongokea, who took both wickets, disrupted Nikao’s momentum.

Glen Hori Miller got Arorangi to a perfect start in the second inning, scoring 46 runs. After losing a string of wickets, the side managed to find momentum with Pare Rongokea, who smashed 53 not out, to surpass the target in 18.2 overs with five wickets in hand.

Davis Teinaki said Arorangi were unable to repeat that form in their past few matches but the side remains in the run for a top four finish.

“At the moment, we have Nikao leading followed by Turangi, Matavera and Tupapa. Arorangi still has a chance if they win their remaining matches and the results of the other matches especially the third and fourth placed teams, go their way.”

In the women’s competition, defending champions Matavera is all set for a home semi-final.

The women’s teams will battle it out in the final preliminary round this weekend before heading into the playoffs.

Teinaki said: “The women’s division will have their final round of competition this Saturday and Matavera is all set to claim the round competition title.”