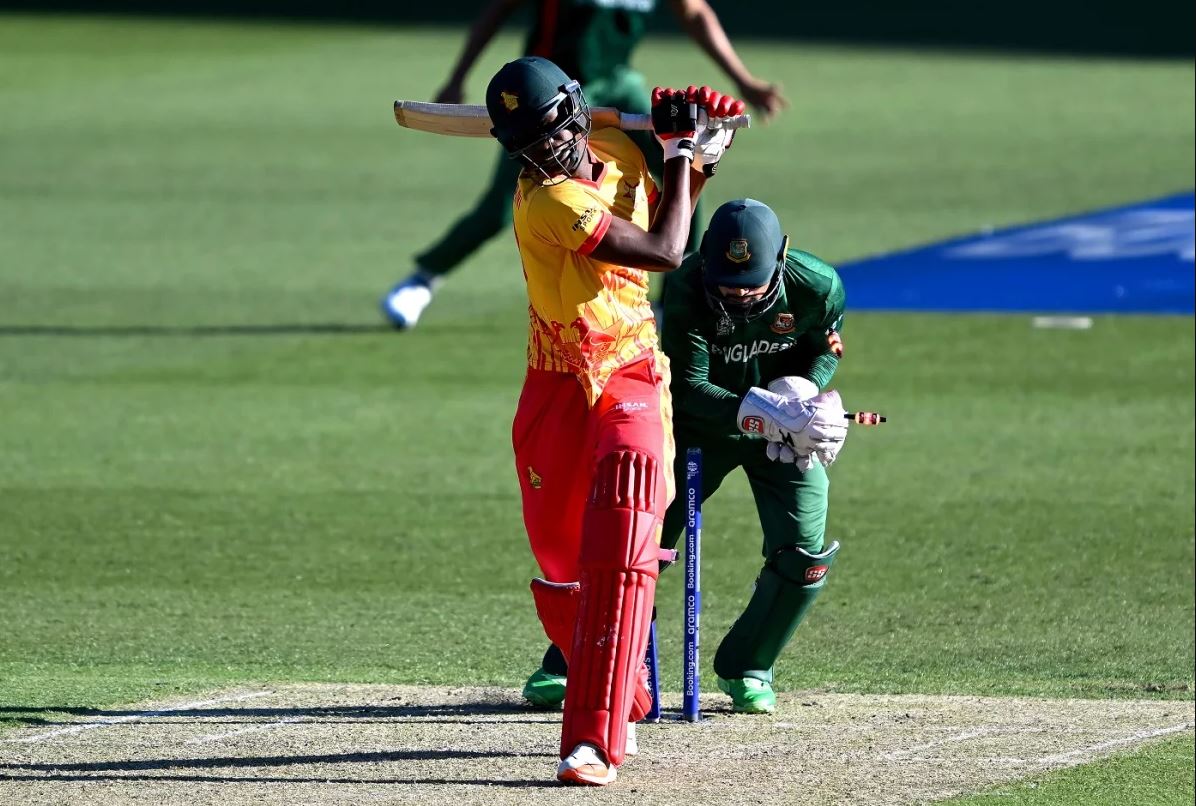 Three games on Sunday produced two thrillers and a one-sided contest. While Bangladesh and South Africa managed to keep their nerves and win nail biters, Pakistan finally picked up their first points of the World Cup. Cricket analyst Rahul Patil looks back at all the action from Australia.

Zimbabwe vs Bangladesh - Bangladesh won the toss and elected to bat first.

Two relatively smaller teams produced a thrilling contest at The Gabba in Brisbane along with drama that I have never ever seen in a cricket match before. Chasing 151 for a victory Zimbabwe required five to win off the last ball. Man on strike Blessing Muzarabani swung hard at the ball but missed and was stumped by the keeper. The players walked off the field and were shaking hands when the third umpire declared it a ‘no ball’ as the keeper had collected the ball in front of the stumps. It meant that Bangladesh would have to bowl the last delivery again and it would be a free hit for Zimbabwe who now required four to win. Once again Muzarabani swung and missed and Bangladesh heaved a sigh of relief.

Earlier Bangladesh managed to reach 150 for 7 in their 20 overs thanks mainly to a well-crafted 71 by opener Najmul Hossain Shanto. Bangladesh were assisted time and again by some very ordinary Zimbabwe fielding. Dropped catches, missed run out opportunities and poor ground fielding were the order of the day for Zimbabwe and they only have themselves to blame for it. On the other hand, Bangladesh were brilliant in fielding and the highlight was the run out of Sean Williams by Shakib Al Hasan who fielded one of his own bowling and hit the stumps directly while being off balance. Until that moment Zimbabwe were favourites to win it. Once again fielding was the difference between winning and losing.

Before their game against Netherlands, Pakistan had never won a T20 international in Australia. But in a must win game they won comfortably to pick up their first points of the World Cup.

On a fast and bouncy Perth pitch it was feared that this would be a one-sided contest and the same happened. Batting first Netherlands could only crawl to a well below par 91 in their 20 overs. Their all rounder Bas de Leede also retired hurt being struck by a bouncer. Pakistan were expected to get to the target quickly to boost their net run rate but took their time in getting home losing four wickets in the bargain. With three losses from three games Netherlands now have no chance of making it to the semis whereas Pakistan hang on by a thread and live to fight another day.

India vs South Africa - India won the toss and elected to bat.

When you are defending a target as small as 134 you need a lot of things to go your way. Unfortunately for India on the night, their fielding did not support their bowling which meant that South Africa picked up the points and went to the top of the table in Group 2.

Choosing to bat first on a spicy Perth track India were rocked by the pace and bounce of South Africa’s quick bowlers. At 49 for 5 in the ninth over it looked like this too would be a one-sided contest but Suryakumar Yadav had other plans. Singlehandedly he produced an innings full of intelligent and inventive shot making. The way he used the pace and bounce to his advantage was a lesson to all his teammates. The impact of his innings can be understood by the fact that he scored more than half the team’s runs while only playing a third of the available deliveries.

The Indian bowlers too troubled the South African top order by utilising the swing on offer and at 24 for 3 it looked like there was a glimmer of hope for India but Aiden Markram and David Miller kept their cool, consolidated and then attacked the Indian bowling. In the process they offered a number of chances to the Indian fielders but India’s failure to convert those chances into wickets hurt them in the end. Miller scored the winning runs to take South Africa home with two balls to spare. He has been in phenomenal form this year and always seems to have things under control when he is in the middle. South Africa and India are still favourites to make it to the semi-finals from this group unless we see any more upsets in the remaining games.