Cricket off to an early start 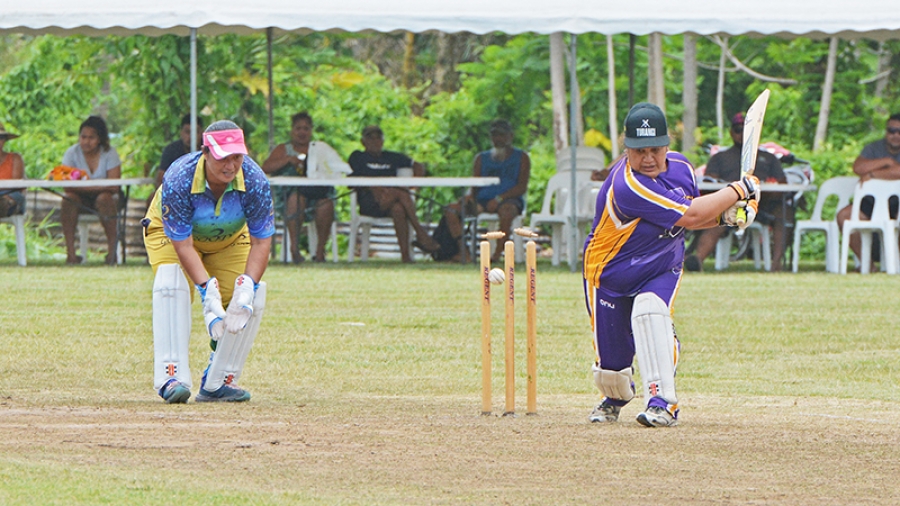 The 2020 Rarotonga Cricket Club Competition gets underway this Saturday. 19120810

Defending champions Matavera will march into this year’s cricket competition as favourites.

Fourteen teams will take part in the 2020 Rarotonga Cricket Club Competition which starts this Saturday.

Eight teams in the men’s division and six in women will battle it out for supremacy in the weekly games. Tupapa will be fielding only one men’s team this year.

Defending champions Matavera, who made a clean sweep last year, will lead the charge in both divisions.

Last night, the captains from the participating teams witnessed the draws for the games this season at the Pukapuka Hostel in Tupapa Maraerenga.

The cricket season normally starts in September but organisers brought the competition ahead to allow for a one-off tour of Mangaia later in the year.

The tour in November will see a Rarotonga men’s and women’s team playing against Mangaia. The Rarotonga teams will comprise two players from each club and selected based on their performance during the season.

Amoa More, the president of Turangi Cricket Association, said they were anticipating a tough and exciting season.

Turangi held a mixed competition with players from its men’s and women’s teams last weekend as the final build-up for the opening round this Saturday.

More said they were ready for the challenge after a disappointing season last year.

“I think its going to be an interesting season. We are holding the season earlier and everyone is excited about it,” he said.

“Matavera remains the top bet this year but we will see some strong competition from the likes of Tupapa, Turangi, Nikao and Arorangi. The other teams will also be coming all out to cause some major upsets this year.”

Tupapa led by Cricket Cook Islands chief executive Davis Teinaki and Deacon Teapa’s Nikao are the favourites alongside Matavera and Turangi.
In the women’s division, Turangi has added some new players to bolster their chance of reclaiming the title they once held.

“We have a group of young players alongside the experienced ones leading our campaign this year. We are looking forward to the competition this year,” Mona said.

“Matavera is obviously a tough side to beat and we expect other teams to step up and challenge for the title.”

Matavera claimed a historic win last year after becoming the first team in the competition to win both titles. The teams also finished the domestic competition unbeaten. In the women’s final, Matavera thumped Turangi by six wickets while in the men’s, the side defeated Tupapa by 99 runs.

Meanwhile all clubs are reminded to pay up the registration fee of $150 per team before August 8. For more information, contact Davis Teinaki at 54340.